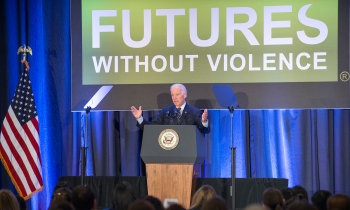 Last Friday was no ordinary day for us at FUTURES.

At 4:30 a.m., a team of Secret Service agents swept through an enormous ballroom in Washington, D.C. and secured the space.  At 1 p.m., Vice President Joe Biden joined me on stage and was welcomed by a standing ovation from more than 1,100 excited health care practitioners, activists, social workers, researchers, and academics—all of whom gathered for our 7th Biennial National Conference on Health and Domestic Violence.

It was exhilarating to see this incredible community of people acknowledged for their hard work and dedication over the years to prevent violence against women.

As co-author of The Violence Against Women Act, and one of the country’s most effective leaders working to end domestic violence and sexual assault over the past 20+ years, there is no one like VP Biden. I was reminded of that when he recognized the critical role that health care providers play in early identification and prevention of domestic violence—and thanked them for their efforts.

“All of you in this room who are doctors, nurses, researchers, social workers from all across the country, the fact that we are talking today about domestic violence as a public health epidemic is because of you. We have come such a long way in our fight against this epidemic, but we have to keep making the case even stronger for prevention and intervention.”

VP Biden’s remarks summarized the milestones of an issue that was once considered a private ‘family affair,’ but has emerged over the past two decades with legislative victories and social norm shifts that have led to a 64 percent decrease in domestic violence against adult women since 1994. He emphasized, unequivocally, that victims and survivors of abuse should never be blamed for their suffering.

The room lit up with a roar of applause. It was clear that VP Biden cares deeply about this issue.

Outlining the accomplishments of the movement in the last 20 years, he also underscored the fact that we have a lot more work to do—particularly for young people, age 16-24, who are the most vulnerable. He talked about the 1 is 2 Many campaign, which his office launched to confront dating violence, and he featured  It’s On Us,  the White House campaign that is rallying college students to speak up about the epidemic of sexual assault on campuses all over the country. Don’t miss this recap from the Huffington Post about his visit.

It was an incredible moment at our conference, and one that I’ll never forget. A sincere thank you to Vice President Biden—and everyone who was able to join us this year! 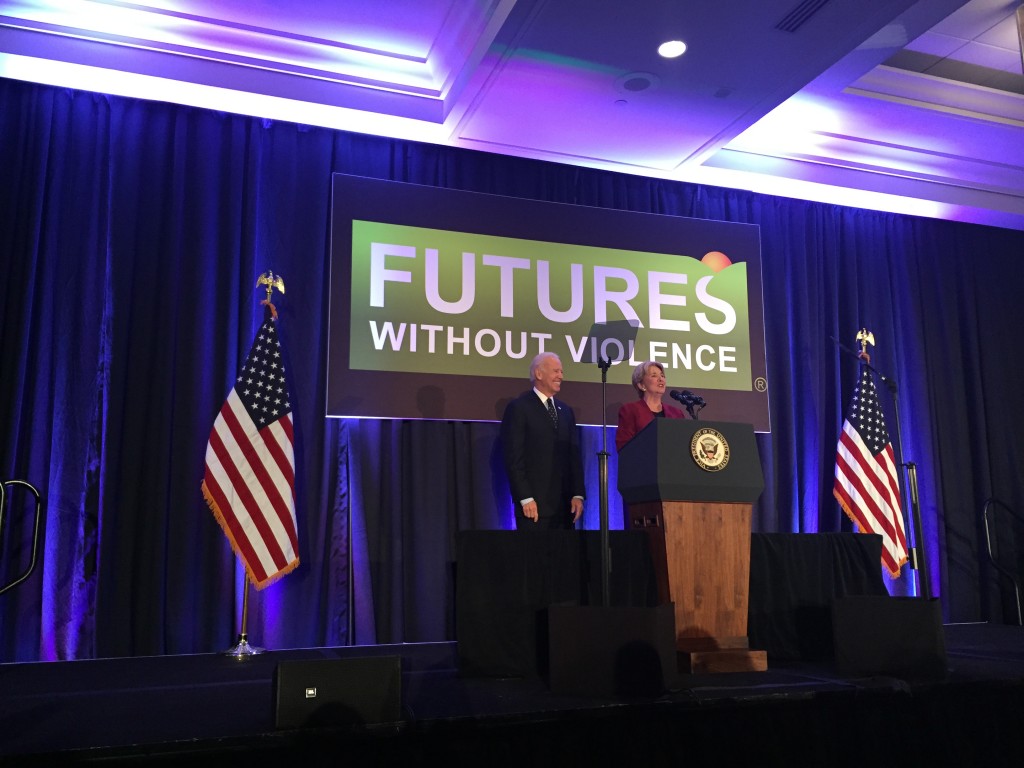