At FUTURES, our Policy and Advocacy team works hard in concert with grassroots advocacy to support legislation that serves our mission of uplifting survivors, and prevention of violence. You can help and join the grassroots effort to bring systemic and positive change by taking action below. 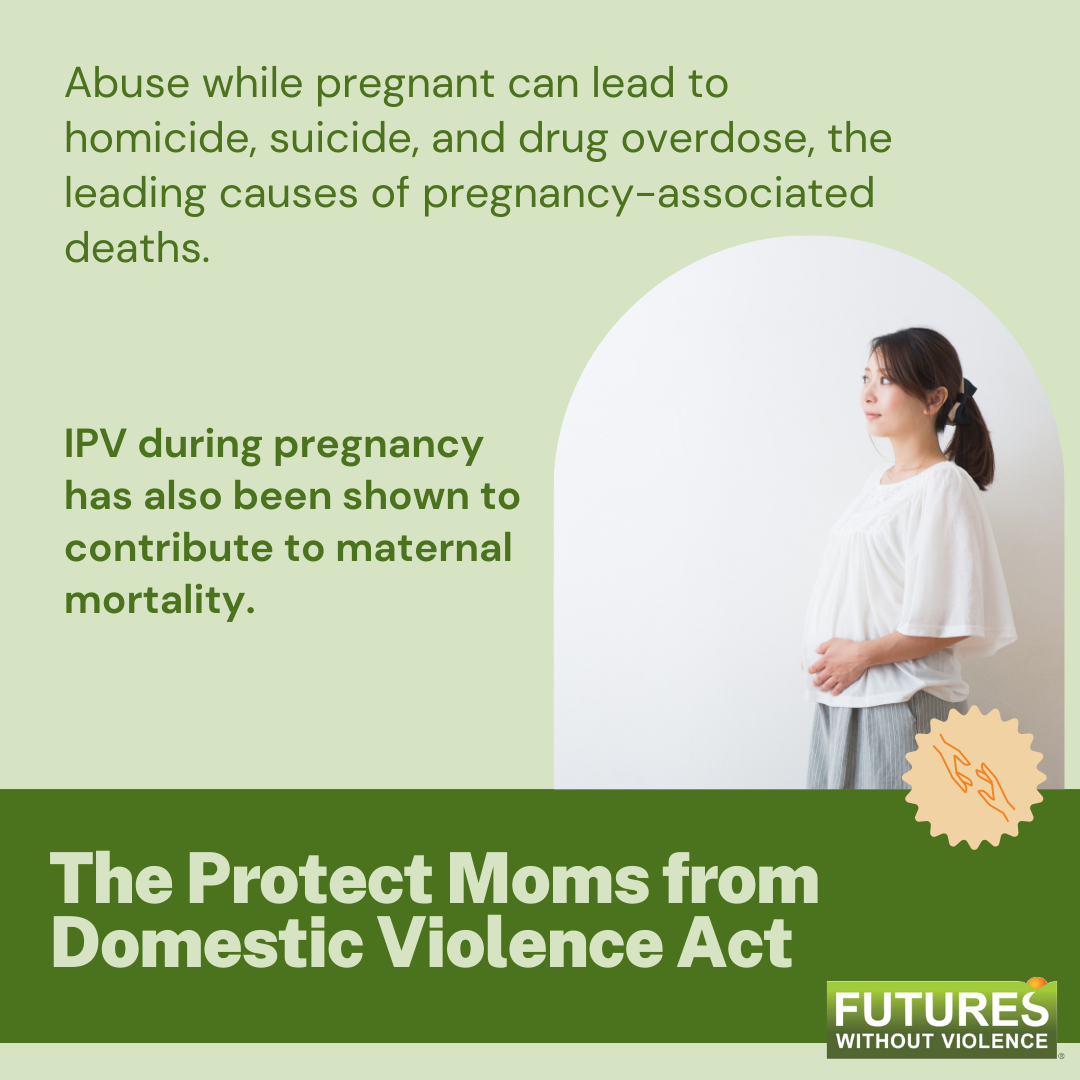 According to the CDC, 25% of women have experienced sexual violence, physical violence, or stalking by an intimate partner during their lifetime. Currently, around 324,000 pregnant people experience IPV each year with 1 in 6 people abused for the first time during their pregnancy. Abuse while pregnant can lead to homicide, suicide, and drug overdose, the leading causes of pregnancy-associated deaths. IPV during pregnancy has also been shown to contribute to maternal mortality. 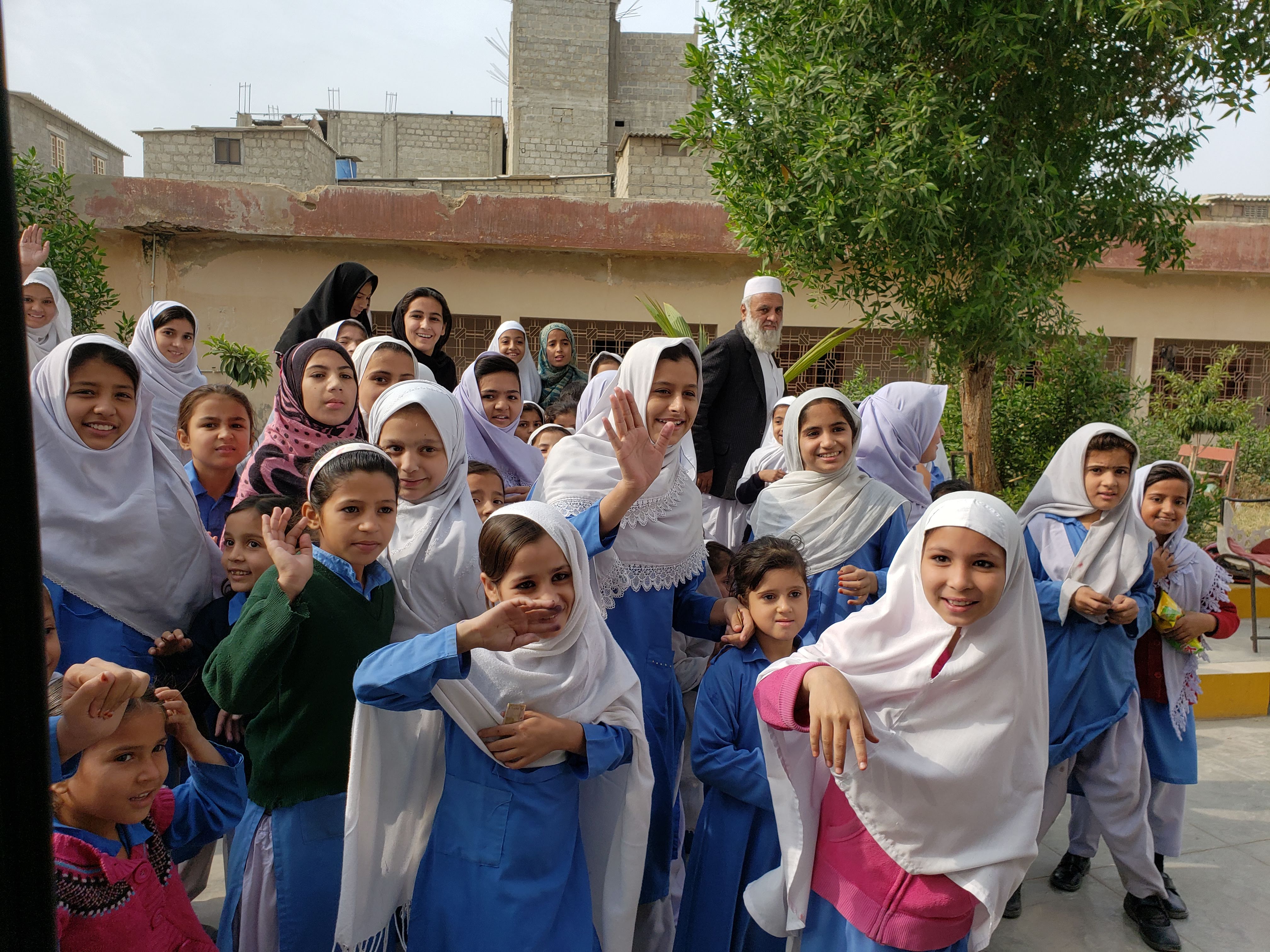 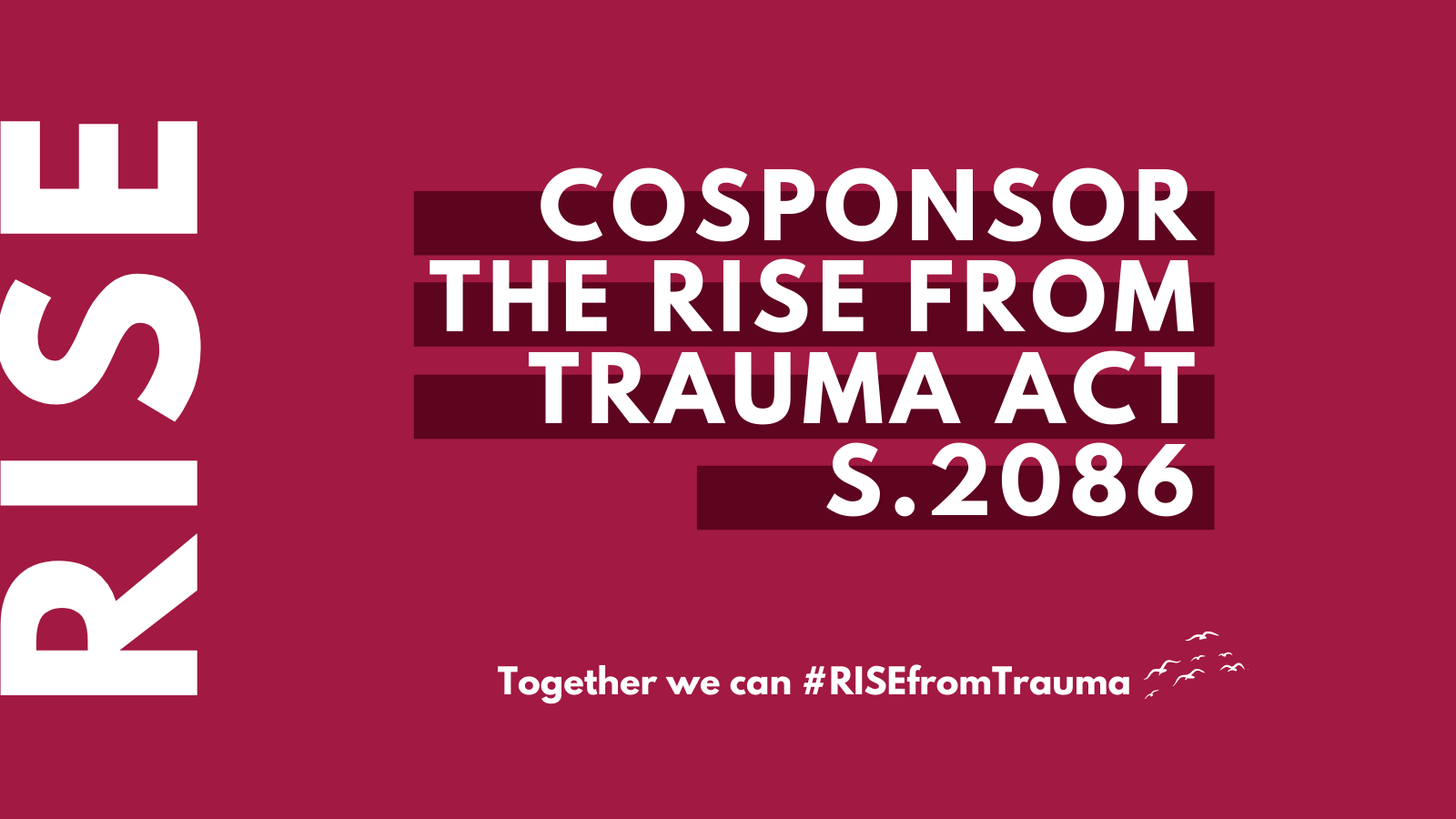 The bipartisan RISE from Trauma Act, S. 2086 would make a major difference in the lives of families and communities most impacted by trauma. It would invest in the tools necessary for communities to recognize and coordinate services to prevent and address the effects of trauma, which has just increased as a result of the COVID-19 pandemic.

Nationally, nearly 35 million children have had at least one traumatic experience.

It is URGENT we invest in our own communities and the needs of the most vulnerable children, youth, and families, helping them heal from trauma and investing in our futures. This act does that, tell your Senator to cosponsor TODAY.

Safe from the Start Act 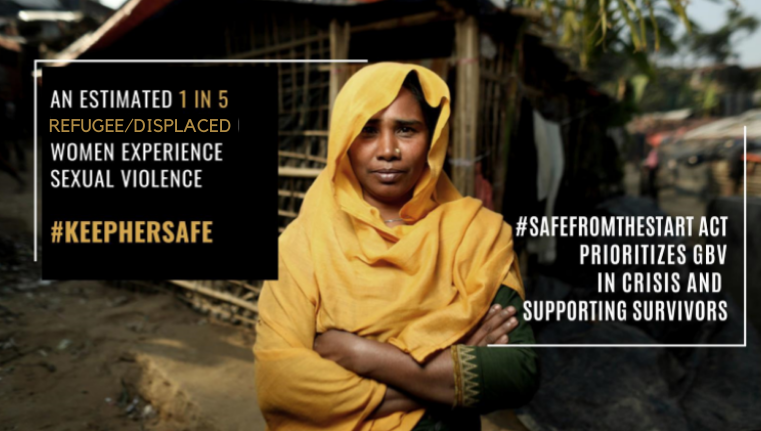 Armed conflict, natural disasters and climate change often have the greatest impact on the poorest countries, disproportionately affecting the most vulnerable, including women and girls.

Help us formalize and advance the efficacy of the Safe from the Start program, which works to prevent gender-based violence (GBV) in humanitarian emergencies and protect survivors or those at risk. If you could protect those most vulnerable against assault, trafficking and gender based-violence, wouldn’t you? 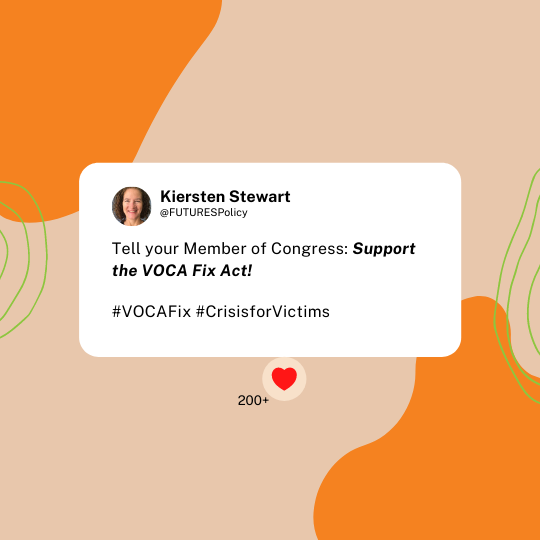 VOCA Fix to Sustain the Crime Victims Fund Act of 2021, The money available for VOCA grants has dropped dramatically over the last few years, because the Department of Justice is entering into deferred prosecution and non-prosecution agreements instead of convicting offenders. The money from those agreements goes into the Treasury instead of going to VOCA grants. As a result, grants for victim services have been cut by two-thirds compared to three years ago, and victim service providers are facing further potentially catastrophic cuts in their VOCA grants. The VOCA Fix Act solves this crisis by redirecting monetary penalties from deferred and non-prosecution agreements to the VOCA fund and increasing the federal government’s contribution to state victim compensation funds as well as making other small changes.