The Crisis in Afghanistan

On the one year anniversary of Taliban’s rule in Afghanistan, the humanitarian crisis is in dire straits and the future looks increasingly grim for Afghan women and girls.  The decades of progress toward development and gender equality have given way to food insecurity, economic crisis, and human rights abuses targeting women and girls.  With half of Afghanistan’s population under imminent threat of being erased, again, and a nation on the brink of humanitarian collapse, the international community, with the US leadership, must respond with deliberate urgency.

In a new policy brief, Futures Without Violence, along with the Alliance for Peacebuilding, the Georgetown Institute for Women, Peace, and Security, Human Rights Watch, Mina’s List, Refugees International, VOICE, and the Women’s Refugee Commission, have come together to draft this brief and urge the following actions:

Read our full recommendations in the Futures In the Balance Brief, here.

With the withdrawal of the U.S. presence and the lack of contingency and evacuation plans for vulnerable citizens, Afghan women and girls are fearful for their lives, their safety, and the future of their hard-fought gains in demanding respect for their human rights.

This page contains resources as the humanitarian crisis unfolds, how to help including where to donate, and what the Global Gender-Based Violence Coalition asks of the Administration. 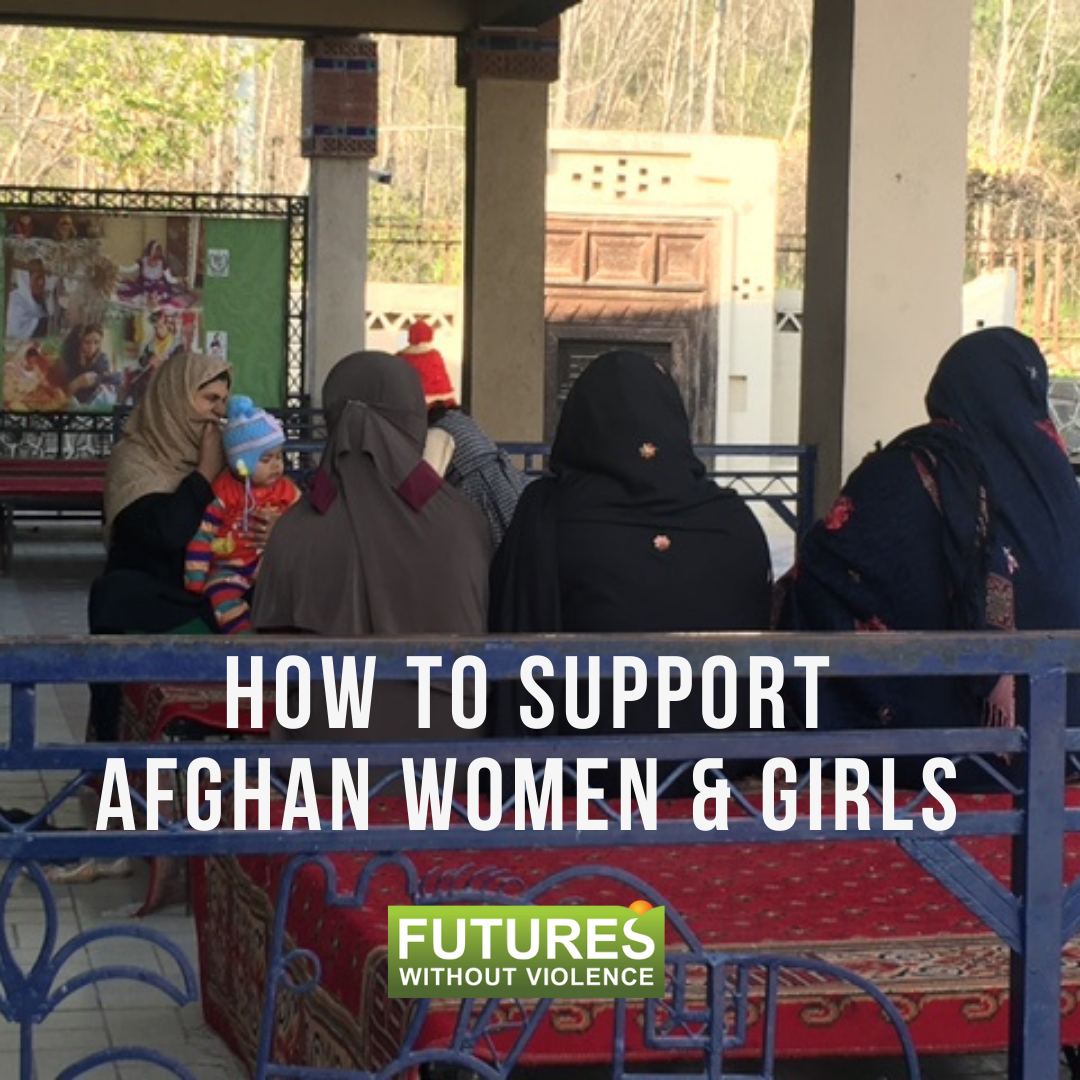 Here are some tangible ways to take action and support the lives of women, girls and those impacted in Afghanistan by the take-over of the Taliban.

This PDF put together by Alliance for Peacebuilding contains resources for those seeking to assist Afghan refugees entering the US and fundraising opportunities to address the humanitarian response in-country. Please read to find state and city specific efforts for how you can help.

The U.S. Government has the power and means to support Afghan women and girls, including keeping the most targeted amongst them from harm. As the Biden Administration responds to the immediate need to evacuate vulnerable Afghans and the growing humanitarian crisis building within Afghanistan’s borders, we urge the following actions:

Here are 4 actions the U.S. Government can take today to ensure Afghan women at risk due to their US affiliation can find refuge, you can retweet here with a link to our GBV Letter and topline asks of the US Government:

Donate to and Support Organizations on the Ground

The Taliban is attempting to silence half of the country’s population – permanently and without mercy.⁠ Listed below are vetted organizations that support journalists under threat. *100% of donations goes to: shelters and safehouses where journalists can take cover; food, clothes, blankets, and other utilities for journalists and their families; ongoing support to keep as many independent media outlets as possible.*

REFUGEE ORGANIZATIONS to donate to:

STORIES AND VOICES ON THE GROUND

We would like to thank Feed our Democracy for providing some of the recommended resources listed above.