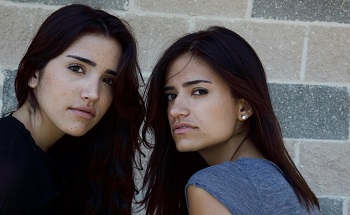 Norma, México
Norma came to the United States when she was 18 with her boyfriend, Marco. Over the period of time she was with him, he forced her to have sex with strangers for money. Marco would take her to a discount strip mall to be picked up by men. Or she was driven by taxi to various apartment complexes to perform sexual acts with several men throughout the day. Norma stayed with Marco because she believed that she could not survive without him. He was the only person she knew in the U.S. and she depended on him for “everything.” At times she would decide to leave Marco, but fear held her back. He constantly terrorized her, resorting to physical beatings when she resisted going to work.

Human trafficking is modern-day slavery involving people being bought, sold, and forced into slave labor and/or sexual exploitation. The United Nations recently reported that four million people are traded each year against their will to work in servitude in their own country or around the globe. Many are trafficked into the United States. It’s estimated that eighty percent of trafficking victims are women and girls.

Human Trafficking, A Problem in the U.S.

Victims of trafficking are often subject to the same kinds of abuse as are battered women and children:

Futures Without Violence  believes that the only way you can ensure trafficking survivors get everything they need is to build relationships with organizations and allies in key systems that encounter or help crime victims. Futures’ Building Collaborative Responses Project on human trafficking helps build multidisciplinary collaborations. For more information, resources, and training opportunities click here.

What you can do to help stop human trafficking:

To request technical assistance or for more information on the Building Collaborative Responses Project, please contact Monica Arenas at: marenas@futureswithoutviolence.org.