Futures Without Violence is a proud supporter of the Keeping Girls in School Act of 2019. The bill has bipartisan support in both houses of congress. It was introduced  in April of 2019 by Senators Jeanne Shaheen (D-NH) and Lisa Murkowski (R-AK) in the Senate and Representatives Lois Frankel (D-FL), Susan Brooks (R-IN), Nita Lowey (D-NY) and Brian Fitzpatrick (R-PA) in the House.

The Keeping Girls in School Act calls on the U.S. government to address barriers to education — barriers such as child marriage or early pregnancy — through smart investments and coordination between U.S. government agencies. The bill is designed to complement existing guidance and legislation on education and child marriage in U.S. foreign policy and programmatic efforts, such as the U.S. Global Strategy to Empower Adolescent Girls. 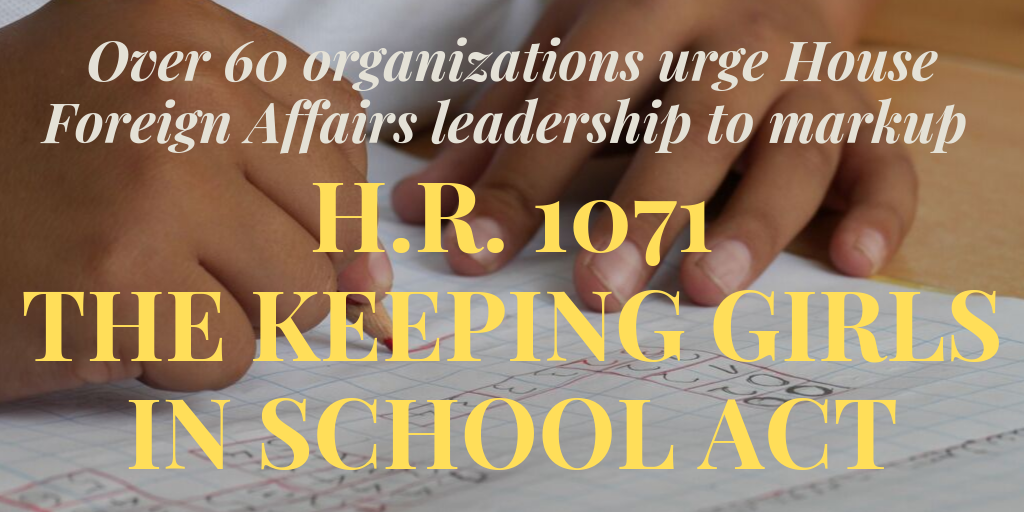 This important bill has the support of 42 members of the House of Representatives — a solidly bipartisan effort and strong statement for the 130 million girls globally who should be in school, but are not. Investing in what is necessary to overcome the barriers keeping girls from quality education, particularly at the secondary level, is not only the right thing to do, it’s a smart investment.

We are proud to be one of sixty organizations urging the House Foreign Affairs Committee to markup the legislation and pass it out of committee. As the statement notes, girls’ education is the foundation upon which girls can grow to become empowered women—economically or otherwise—and has the potential to add $92 billion to the economies of low- and middle-income nations, cut child deaths by 50%, reduce child marriage by 66%, and decrease violent conflict by 37%. The bill is designed to ensure that U.S. foreign assistance addresses the barriers that keep more than 130 million school-aged girls around the world out of school.