Sir Michael Marmot to speak at the 2015 National Conference on Health And Domestic Violence!

Futures Without Violence and the Conference Steering Committee are pleased to announce the addition of Professor Sir Michael Marmot as a keynote speaker at the 2015 National Conference on Health and Domestic Violence. One of England’s leading authorities on public health and social inequalities, he will address exposures to violence as a social determinant of health, followed by a conversation with U.S based experts on the topic.  He will be the 2015/16 President of the World Medical Association.

In follow-ups to the ground breaking review of health inequalities ‘Fair Society, Healthy Lives’  for the British Government in 2010, the UCL Institute of Health Equity (which Sir Michael heads up) revealed nearly half of all five-year olds in England had not reached a high enough level of intellectual, emotional and physical development to prepare them for school.

“How can it be the case in England, one of the richest countries in the world with our long history of being a brainy country, that only 52% of children can have a good level of development?,” asks Sir Michael.

In 2012, Sir Michael chaired the European Review of Social Determinants of Health and the Health Divide, for WHO Euro.  He is a Principal Investigator of the Whitehall II Studies of British Civil Servants, investigating explanations for the striking inverse social gradient in morbidity and mortality.

At the age of 25, Sir Michael, the first in his family to go to university, was already a practicing doctor but felt there were limits to how he could help his patients in his work as an MD. He saw people every day who were dealing with what he calls “problems in living” that seemed to lead to their poor health.

He was practicing at an inner-city hospital with a large proportion of immigrants at this time and observed that they came in with life problems that were not being addressed or considered in relation to their health.  For Sir Michael, it seemed like a futile approach; Patients’ problems needed to be addressed outside the walls of the clinic as well.  So he left his secure job in Sydney, Australia, to move to California to study epidemiology, looking at disease trends in well-defined populations, and how they correlated with people’s life circumstances.

In 2000 he was knighted by Her Majesty The Queen, for services to epidemiology and the understanding of health inequalities.  Internationally acclaimed, Professor Sir Michael Marmot is a Foreign Associate Member of the Institute of Medicine (IOM), and a former Vice President of the Academia Europaea.  He served as President of the British Medical Association (BMA) in 2010-2011.  He is a Fellow of the Academy of Medical Sciences, an Honorary Fellow of the British Academy, and an Honorary Fellow of the Faculty of Public Health of the Royal College of Physicians and was a member of the Royal Commission on Environmental Pollution for six years.   Professor Marmot has been awarded numerous awards and honors including a Harvard Lowns Professorship for 2014-2017. 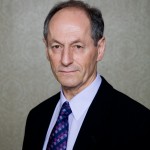 To watch an interview with Professor Marmot from the “Conversations with history” series, please click here.

To learn more and register for the conference click here.

Webinar on how advocates and support survivors in enrolling in healthcare during open enrollment - and all year long!
Learn More
Blog

Cross-posted with permission from the National Indigenous Women’s Resource Center.

In recognition of the 2022 National Week of Action …

Trauma, Grief and Loss Services for Adolescent Students in California