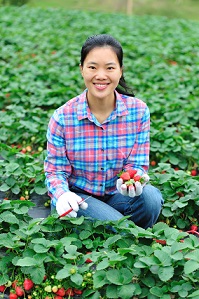 At select Low Wage, High Risk pilot sites throughout the country, FUTURES works collaboratively with worker and community associations, employers, and leading anti-violence advocates to raise awareness about the effects of gender-based violence in the workplace, and to develop and promote replicable promising practices that prevent and respond to domestic and sexual violence and stalking.

At each site, FUTURES and its partners enhance ongoing efforts by developing a workplace policy, engaging, relevant trainings for employees, and educational materials to prevent and respond to violence.  Low Wage, High Risk also seeks to strengthen collaboration across sectors and movements to ensure workers’ safety and economic security.

There are an estimated 1.4 million crop workers in the United States, the majority of whom are foreign born.  Florida’s tomato fields supply 90 percent of the nation’s winter tomato crop, making it a hub for agricultural workers.  Low wages and wage theft, as well as hazardous working conditions—including sexual harassment and violence—are rife in the industry. The Fair Food Program, a unique partnership between farm workers, Florida tomato growers, and participating retail buyers—including Subway, Whole Foods, and Walmart—serves as a groundbreaking model for using the power of the market to ensure workers receive fair wages and are free from sexual violence and human trafficking.

Health care is the fastest-growing sector of the U.S. economy, employing over 18 million workers. Women are nearly 80 percent of the health care work force.  Hospitals and other health care facilities employ doctors and nurses as well as maintenance, security, patient transport, food service, and technicians. The nature of the health care industry leaves workers vulnerable to high rates of workplace violence and harassment from patients, visitors, co-workers and supervisors. Sexual harassment is a major challenge facing health care organizations. And while health care professionals may screen patients for domestic violence, they can often overlook the signs in their own coworkers.

Nearly 11 million individuals work in the restaurant industry, one of the fastest growing sectors of the US economy.  Many are employed as tipped workers, including women, who constitute 66 percent of all tipped restaurant workers, leaving them vulnerable to discrimination, harassment, stolen tips and wages by employers and customers. The restaurant industry is also the largest source of federal sexual harassment claims, and workers experience high rates of sexual harassment, violence, and exploitation. 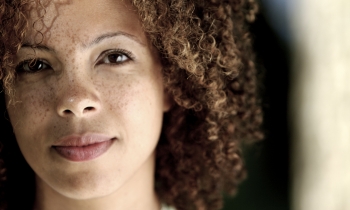 Paving the way for change on Worker’s Memorial Day