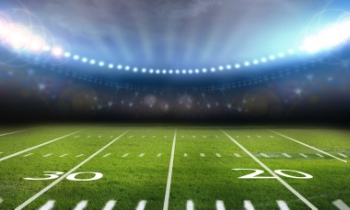 It’s been a busy past few weeks here at FUTURES!

We believe that every workplace should have a domestic and sexual violence policy, and professional sports leagues are NO exception. As one of NFL Commissioner Roger Goodell’s first domestic violence advisors, we’re keeping the heat on the organization to ensure that there is zero tolerance for violence against women in the league.

And we’re not just talking about stricter penalties for perpetrators like Ray Rice—we’re pushing for more training and educational programs that can help address the problem at its roots. Programs like Coaching Boys into Men, which promote respect, healthy relationships, and role-modeling among high school athletes. We want to reverse the cycle—and acceptability—of gender-based violence both on and off the field.

You can read more about our stance on the issue in TIME, Sports Illustrated, Washington Post, and more. Professional sports leagues have the opportunity to lead by example, and help catalyze change. We’re not stopping at the NFL—there’s so much work to be done.

In fact, we’re in conversation with Major League Baseball, and have a long standing relationship with the San Francisco Giants—located right here in our backyard. Under the leadership of CEO Larry Baer, the Giants have emerged as a leader on workplace policies, procedures, and training programs to educate all Giants personnel on domestic violence and sexual assault.

We commend the Giants for their commitment to the cause, and hope that other teams across the nation will follow suit. For the past seventeen years, the Giants have stood in solidarity with organizations like us that are working to end violence by hosting Strike Out Violence Day at the ballpark. It’s the first of its kind in the nation that brings together a major league team, law enforcement, and domestic violence advocates dedicated to bring together public awareness and resources to stop violence in our homes and community.

We look forward to continuing our work with the Giants and other teams and leagues across the nation.

Let’s keep the conversation going! Join us on Facebook and Twitter to get updates on our work with the National Football League, Major League Baseball, and more. Or subscribe to our Action eList for email updates on the latest happenings at FUTURES.