About the President: Esta Soler 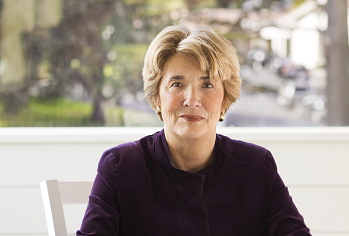 Under Soler’s direction, Futures Without Violence, then Family Violence Prevention Fund, was a driving force behind passage of the Violence Against Women Act of 1994—the nation’s first comprehensive federal response to the violence that plagues families and communities. Congress reauthorized and expanded the law in 2000, 2005, and 2013. Now, she is committed to passage of the International Violence Against Women Act to prevent gender-based violence on a global scale.

Soler’s work to prevent violence against women has been featured on MAKERS, an innovative video and documentary project launched by AOL and PBS to showcase stories from trailblazing women. Soler also delivered a TEDTalk charting 30 years of tactics and technologies—from the Polaroid camera to social media—that have shaped the movement to end domestic violence.

Soler’s many awards include a Kellogg Foundation National Leadership Fellowship, the UCSF Medal, a Koret Israel Prize, and a University of California Public Health Heroes Award. She is also the recipient of the Leadership Award from the Coro Center for Civic Leadership and the Mathew O. Tobriner Public Service Award from the Employment Law Center in San Francisco for pioneering work on behalf of women and children. Soler holds an honorary doctorate from Simmons College in Boston.