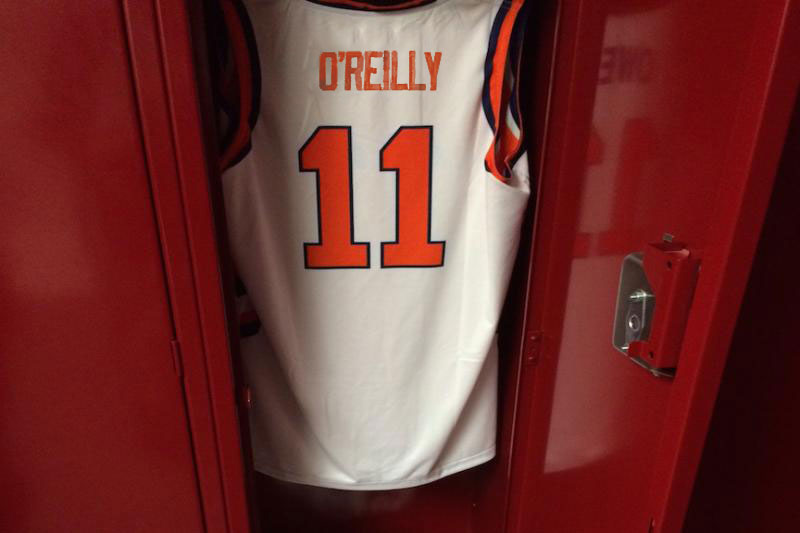 We all know that “locker room talk” is not only confined to the sports world or private male spaces.

Take, for instance, that a number of women who have come forward outlining a consistent pattern of sexual harassment made by the ousted Fox News host Bill O’Reilly. It seems far-fetched that O’Reilly limited his harassing behavior only to the situations brought to light by these women.

What’s more likely is that O’Reilly has had a lifetime of “locker room talk” with other men ‒ where his behavior went unchallenged or even condoned through the silence of male bystanders.

Ironically, we saw President Trump praise him as a “good person,” even after the news broke of the $13 million settlement that Fox/O’Reilly paid five women over allegations of sexual harassment in the workplace.

So where does it start? In middle school and high school? In homes, in cars, on ballfields? Whether meant as a joke or not, derogatory comments about women and girls contribute to a culture that permits workplace sexual harassment, wage inequality, and male violence directed toward women at epidemic levels.

Luckily, men have the power to change this dynamic.

That is why FUTURES developed the Coaching Boys Into Men (CBIM) program, which is currently in schools all over the country. In the program, coaches of male high school teams deliver a 12-week curriculum on topics such as respect for women and girls, bragging about sex, consent, and relationship violence. The goal of CBIM is to cultivate male spaces that are respectful of women and that, in turn, will empower men to act as leaders in their schools and communities for gender equity.

Too often sexual assault, harassment, and other forms of violence perpetrated by men onto women are framed as “women’s issues.” But the reality is that men are predominantly responsible for this violence, and ultimately it is up to us to stop it. So speak up – especially when we hear offensive comments in locker rooms or other spaces.

To learn more about the Coaching Boys Into Men program, visit www.coachescorner.org or email coachescorner@futureswithoutviolence.org.