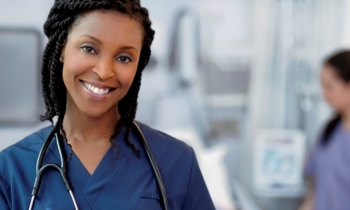 January is National Human Trafficking and Slavery Prevention Month, and an ideal time to create a dialogue about this serious issue. Commercial sexual exploitation and sex trafficking have severe adverse effects on the health, development, well being, and human rights of vulnerable young people in the United States and globally. Awareness of these horrific problems—once hidden in the shadows—is growing. Although accurate estimates are not available of how many adolescents and young adults are affected, there is little doubt that young people everywhere have been victimized and millions worldwide are at risk.

Victims and survivors of commercial sexual exploitation and sex trafficking come from diverse backgrounds in terms of geography, income, race, ethnicity, religion, gender, and sexual orientation, but some youth are likely to be at heightened risk. In the U.S., these include:

Globally, young people living in poverty and in communities where violence is structurally or culturally prevalent may also be at increased risk.

Health care professionals can play a significant role in addressing sexual exploitation and sex trafficking of adolescents and young adults through clinical care, research, and policy. Although recognition of the extent and importance of these problems is relatively recent—among health care professionals as well as the general public—carefully designed strategies are beginning to emerge from the dedicated and innovative work of NGOs and professionals in diverse settings in the U.S. and globally.

In a comprehensive 2013 report, the Institute of Medicine/National Research Council identified organizations in several communities in the U.S. that have developed promising approaches to the identification, care, and support of victims, survivors, and young people at risk.

Additionally, Congress has enacted legislation and some states and local communities have enacted laws or adopted policies based on health and human rights principles and designed to prevent sexual exploitation and trafficking or assist victims and survivors. Noteworthy efforts are also being developed and refined in other countries.

Policies, protocols, and practices that directly address sexual exploitation and trafficking of adolescents and young adults are relatively new, few in number, and not yet evaluated. Thus the evidence base so far is limited. Nevertheless, model policies, protocols, and practices exist in other fields that have been tested over a longer time and, in some cases, rigorously evaluated. This has occurred with respect to both child abuse and domestic and sexual violence prevention and intervention among adolescents and adults. These arenas provide fertile ground from which to draw models for practice and policy to address sexual exploitation and sex trafficking.

Advocacy is essential at the local, state, and national level to ensure adoption and implementation of laws and policies that promote prevention of commercial sexual exploitation and sex trafficking, prosecution of perpetrators, and protection of victims and survivors. Health care professionals can be leaders in these efforts.

This is the third post of a series highlighting the topics, speakers, and participants featured during FUTURES’ 2015 National Conference on Health and Domestic Violence. Today’s guest blogger is Abigail English, J.D., a researcher and advocate for the health, legal, and human rights of adolescents and young adults for more than three decades.