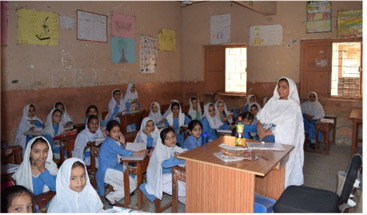 Globally, 130 million girls ages 6-17 who should be in school are not. Evidence shows that enrolling and keeping girls in school can positively impact their health, economic prosperity, and the security of their communities and countries. Unfortunately, barriers such as child marriage, harassment and violence in schools, and social discrimination keep girls from benefitting from long-term, quality education, thereby perpetuating poverty and increasing girls’ risks of health concerns and social disenfranchisement.

The Keeping Girls in School Act (KGISA) was introduced in 2019 in both the U.S. Senate and the House of Representatives. The bill passed in the House of Representatives in January of 2020. The bill is designed to ensure that U.S. foreign assistance addresses the barriers that keep more than 130 million school-aged girls around the world out of school. The bill has bipartisan support in both houses of congress. It was introduced by Senators Jeanne Shaheen (D-NH) and Lisa Murkowski (R-AK) in the Senate and Representatives Lois Frankel (D-FL), Susan Brooks (R-IN), Nita Lowey (D-NY) and Brian Fitzpatrick (R-PA) in the House. The bill addresses gaps in current policy and practice and brings critical attention to programs and policies supporting adolescent girls’ access to and continued enrolment in quality education by focusing positively on overcoming barriers that stand in their way.