Pink Hats and a Teachable Moment 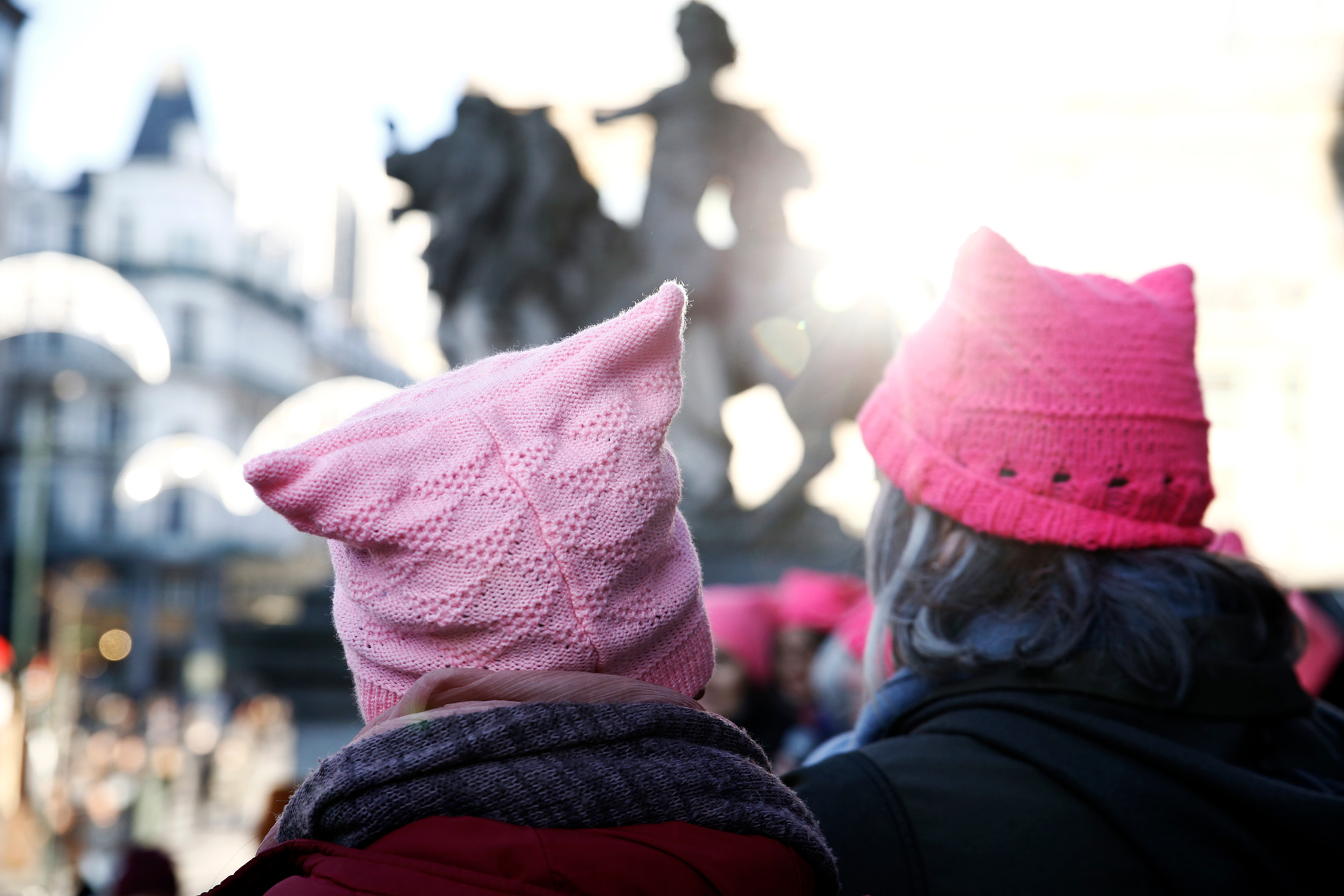 “Why is everyone wearing a pink hat?” the woman asked me as she walked next to me. We were both walking in the same direction toward the National Mall in Washington D.C.

I eyed the young teenager that accompanied her—her daughter, I presumed—and struggled to find the words to explain the significance of the sea of pink hats on the heads of so many women (and men) before the start of the Women’s March on Washington this past weekend. My own hat was a hot-pink knitted number, adorned with cat ears.

The single-most visual symbol of the Women’s March (including the dozens of sister marches held on the same day worldwide) was the pink hat, whose origin stemmed from the now-infamous “Access Hollywood” tapes from 2005 where President Donald Trump is heard bragging about grabbing women without their consent, a clear example of sexual assault.

I wasn’t quite sure how to explain this to the woman with her young daughter present. And I’d venture to guess I’m not alone in the struggle to articulate the realities of sexual assault and consent, especially to young people.

But if you were one of the millions who participated in one of the largest global demonstrations in history, I hope you agree that the Women’s Marches will help us expand our conversations about women’s rights, non-violence and equality for people of all races and backgrounds. Moms and Dads, we saw so many of you marching with your daughters and sons. How can you turn those inspiring events into a teachable moment for your kids?

We can suggest some ways to get started. Whether at home, during school or in the community, here are some concrete ways you can talk to teens about healthy relationships:

For more details on how to address sexual violence with teens, check out these ways to take action.