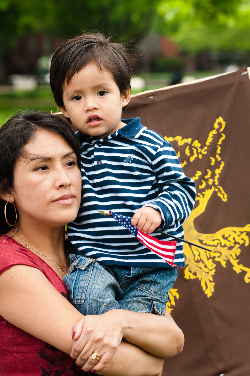 On June 11th, 2018, Attorney General Jeff Sessions issued a decision in an immigration case brought by a victim of domestic violence seeking asylum in the United States. The decision attempts to erode protections for immigrant survivors of domestic violence and sexual assault. Send a letter to your member of Congress today and urge them to demand that the Attorney General rescind his decision.

The Attorney General, with his decision in the case Matter of A-B-, named for the brave survivor who brought the underlying asylum petition, is attempting to make it all but impossible for survivors to seek asylum in the United States.

Please help us fight back.