SAN FRANCISCO (April 27, 2016) – Futures Without Violence (FUTURES) announced today that it received its first Webby Award for That’s Not Cool, a website aimed at preventing teen dating violence and digital abuse. That’s Not Cool was awarded best website in the charitable organization/nonprofit category and is honored among other Webby winners including Lena Dunham and Jenni Konner of Lenny Letter, Jessica Alba of Honest Company, and Opal Tometi and Alicia Garza of the #BlackLivesMatter movement. Hailed as the “Internet’s highest honor” by The New York Times, The Webby Awards is the leading international award highlighting excellence on the Internet.

“FUTURES has set the standard for innovation and creativity on the Internet,” said David-Michel Davies, Executive Director of The Webby Awards. “This award is a testament to the skill, ingenuity, and vision of its creators.”

That’s Not Cool is an award-wining national public education campaign managed by FUTURES to engage young people online around healthy relationships and the prevention of digital abuse. The program is founded on the belief that young people must lead the way in creating lasting change—online, in their schools, and in their communities. That’s Not Cool strives to elevate the voices of the most marginalized communities of youth including (but not limited to) LGBTQI youth, Native youth, and youth of color. Through the program, FUTURES provides youth leaders with the tools, training, and support they need to bring localized violence prevention public education campaigns to their communities.

“We’re truly honored to receive our fist Webby Award for digital excellence,” said Esta Soler, President and Founder of FUTURES. “We hope that the website will continue to increase exposure about teen dating violence and promote positive solutions in the community.”

FUTURES will be honored for That’s Not Cool at the star-studded Webby Awards ceremony on Monday May 16, 2016 at Cipriani Wall Street in New York City. A full list of both The Webby Awards and Webby People’s Voice Winners can be found at webbyawards.com/winners.

About Futures Without Violence
Futures Without Violence is a national nonprofit organization leading groundbreaking educational programs, policies, and campaigns that empower individuals and organizations working to end violence against women and children around the world. Providing leadership from offices in San Francisco, Washington, D.C., and Boston, FUTURES has trained thousands of professionals and advocates—such as doctors, nurses, judges, athletic coaches, and other community influences—on improving responses to violence and abuse. The organization was a driving force behind the passage of the Family Violence Prevention and Services Act in 1984 and the Violence Against Women Act of 1994—the nation’s first two comprehensive federal responses to the violence that plagues families and communities. 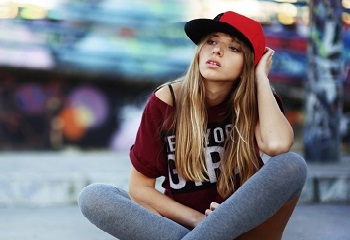 We need YOUR help to win a Webby!

Our That's Not Cool website aimed at ending teen dating violence is up for a 2016 Webby Award! Vote today to help us win.
Learn More