7 Ways NOT to React When Your Friend is Raped 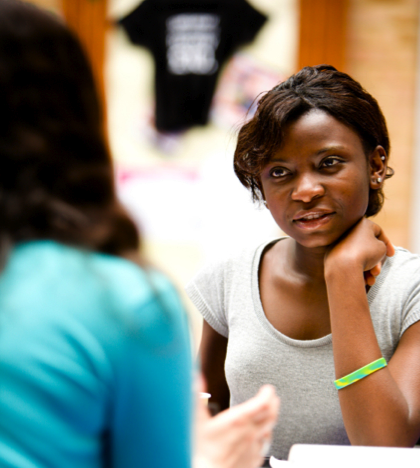 Having your friend come out to you as a rape survivor can be a mess, for them and for you. As a survivor myself, I’ve often been asked, “What do I do when someone close to me tells me they’ve been raped?”

I realized that I could give more advice on the things people do wrong instead of how to do it right (because it’s really, really easy to get it right). So, here it is, my step-by-step guide on what NOT to do.

For example: How did it start? Did you like him at first? Does he know he raped you? Are you going to talk to him about it? Why didn’t you tell me sooner?

Or the classic: What were you wearing?

None of these questions are at all important or relevant. What’s important is what your friend just told you. That’s all.

Try asking questions like these: Are you safe now? Do you need to go to the hospital/police station, and would you like me to go with you? Do you need help telling anyone else? Where do you need to be where you feel safe?

Saying things like, “Wow, I never thought [name] would have done something like this. He was always so nice and funny. I remember this one time when I was hanging out with him and…” not only totally dismisses what your friend just told you, but also it makes everything about the rapist and not about the victim or how much help she will need to get through it.

Try this: don’t say anything about the rapist. At all. You don’t even need to ask who it was, if that information wasn’t already offered. That’s not important. What’s important is for you to be there for your friend.

You aren’t in the right to tell anyone that your friend is a survivor. Ever. This is not your story to tell. Do not assume that they would “want people to know” and do not take it upon yourself to spread the news. This is how false rumors get started, and rumors about being raped lead to victim blaming and shaming.

Try this: Ask your friend who she has told and if she would like to tell anyone else. Always reassure your friend that you will not tell anybody, that their personal information is safe with you, and that you’ll help her tell somebody if she needs you to.

She’s a human who’s been raped, not a toaster that’s been underwater. My point is, SHE STILL WORKS! She isn’t broken. Don’t exclude her from plans or pretend like she isn’t there. Don’t purposefully stop having fun when she walks in the room. Don’t act like she no longer is a functioning human being who still has feelings and a life.

Try this: Always invite her to the fun outings you would normally take her to, keep having that fun conversation when she walks in the room, and never ever ignore her. It’s really that simple.

Like I said, she still works. But that doesn’t mean she will be the same person she was before she was raped. As much as I hate to admit it, becoming a survivor changes who you are one way or another, and usually that change is painful and will negatively affect her first. Don’t get mad at her when she turns down those invitations. Don’t assume that everything will go back to normal after a few days. And don’t, under any circumstances, ever say something like “You’ve been sad for so long, why don’t you just, I don’t know, forget about it?”

Try this: Allow her to be sad, angry, or confused. Validate her feelings by asking her what she needs and telling her that you will be there through it all.

“You never want to hang out with me anymore.” “I feel like I can’t be sad around you.” “Do you not want to be my friend?” “Why aren’t you ever there for me when I need it?” “Am I a bad friend to you?”

All of these responses make everything about you, the friend, and not her, the victim. Don’t take anything that happens personally—her reaction to what happened is hers, so don’t take that away from her.

Try this: When you feel like you want your old friend back, don’t accuse her of neglecting your friendship. Just remind her that you love her, and tell her you know that this doesn’t define who she is—that you believe in her ability to get through this.

I saved this one for last because, while it’s the most obvious, it’s also the most common mistake made by friends of survivors. If you blame her, then you’ve just done the absolute worst thing you could do to a victim of rape, and you’ve made her worst fears come true. And if you just flat out told her don’t believe her, well, screw you.

Then, obviously, hug it out.

*Disclaimer: I referred to the survivor as “she” and the perpetrator as “he” for ease of writing, but I acknowledge that anyone can rape or be raped.