Another Step Back for the U.S. in Standing Up for Women Worldwide 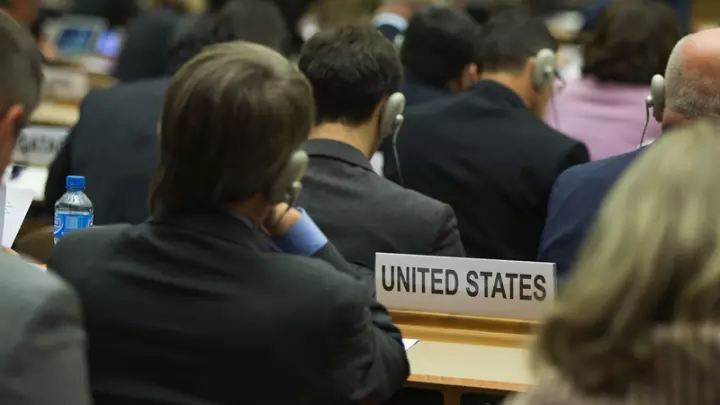 In Washington D.C. on November 22, 2017, Secretary of State Rex Tillerson issued a press release declaring November 25th the International Day for the Elimination of Violence Against Women.

He maintained that this observance, along with the 16 Days of Activism to follow, reaffirms the U.S.’s commitment to defending the rights of women and girls to live free from violence.

Yet, just a few days earlier, U.S. negotiators at the UN General Assembly walked back on a decades-old U.S. commitment to ending all forms of violence against women and children, and advocated for a more limited scope of these anti-violence resolutions, condemning only certain “unlawful” violence.

This stance is alarming and nothing short of life-threatening to the millions of women and children who experience sanctioned violence in countries where laws against child marriage, various honor crimes, female genital mutilation/circumcision, and domestic violence have not been created nor implemented. Domestic violence is legal in 15 countries and in some places, like Russia, the prohibition carries minor fines and exceptions. February 2017 legislation in Russia imposes an administrative fine on a husband who hits his wife or children. Criminal prosecution takes place only if the offense is repeated.

U.S. representatives in the negotiations are advocating for the caveat of “unlawful” violence based on a states’ rights argument, protected under the U.S. Constitution, which includes the right of parents and schools to determine how to discipline children, including physical discipline. Corporal punishment is still legal in 20 states.

This reversal of position is yet another step back for the U.S. from being a world leader in advancing human rights — and a step toward becoming a leading voice for practices that inflict harm on women and children.

TAKE ACTION: Ask your Members of Congress to co-sponsor and pass the International Violence Against Women Act (I-VAWA) now!