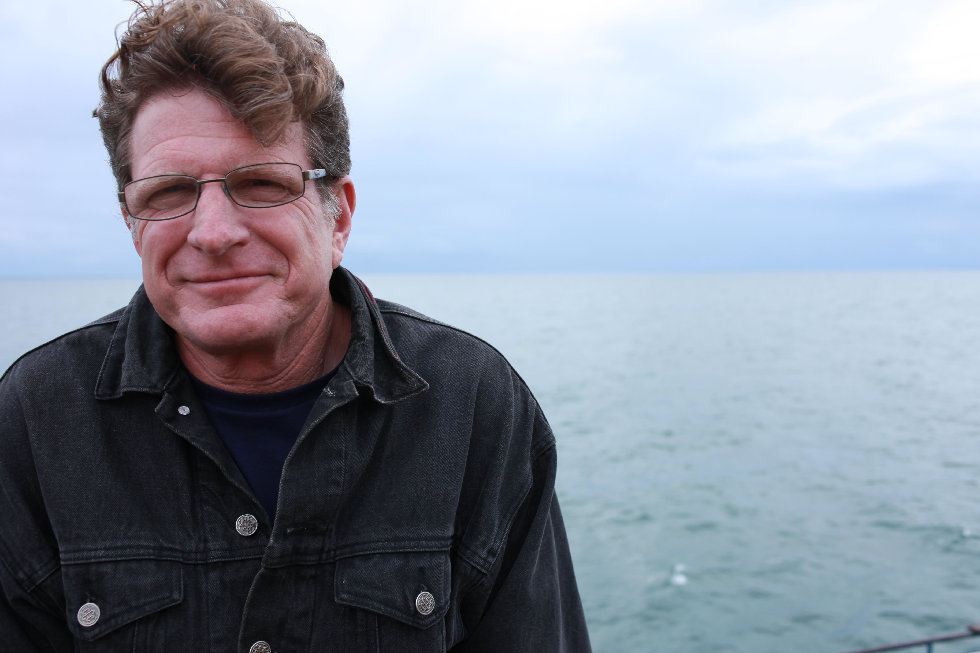 I recently called my dad and asked him 20 questions. The questions all centered around how he dealt with being the father of a 15-year-old girl who was physically, mentally, and sexually abused for 11 months.

I’ve always been curious about how he went through it all. Even though he wasn’t the direct victim of my abuser, he and my whole family endured trauma, like when my abuser began to break into my house and threaten the safety of my entire family.

My dad was a hero through it all—he never faltered in his immense ability to help me with whatever I needed, regardless of how difficult it must have been on him. He and my mom both stayed strong and didn’t let my depression consume them, like it did me. Through it all, he became one of my best friends, and someone I will never stop saying “thank you” to. Here is an excerpt of our conversation:

Me: At what point did you realize [my abuser] and I were not in a normal relationship? Did you feel like you could or should do anything about it when you realized it?

Dad: In full honesty, it depends on what you mean by normal. I did not have the slightest clue in my mind that it was abusive. I don’t know how much of that was my blindness. I know that what bothered us the most was feeling that you were becoming so obsessed with him. That’s what I saw. We didn’t see that from him; we saw it through you. We were clearly missing what was going on.

Me: When I first told you guys I had had sex with [my abuser], did you suspect it was actually rape? How did hearing that make you feel?

Dad: When you first told us…no clue that it was rape. The interesting thing here is that, we talked about how you were such a smart, aware girl and how could you get trapped into this? Well, we’re pretty smart aware parents, but I don’t think the concept of rape or abuse…it wasn’t on my radar screen.

After my relationship ended and when I was in my deepest depression, my dad took me to New York for a week. This was right after my parents took me out of school for almost a month. I just wasn’t getting better.

Me: What came out of you taking me to New York?

Me: Why do you think [my abuser] did this to us?

Dad: I don’t think anyone believes that what they’re doing is evil to anyone. They are acting compulsively, or with some twisted idea that they have a right to do it, or they are somehow in the right. There’s lots of general explanations: the culture, the inherent misogyny that boys have, not realizing that that’s what it is, but I think he just felt like he had a right to you in some kind of twisted way. And for him, “love” was ownership, domination, control. That’s the best way I could say it.

Me: If [my abuser] was your son, could you still love him?

Dad: I don’t know if love is the right word. I have to say I would want to devote as much of a fight to change him as I did to save you. I think that’s what I would do.

Me: If you could go back in time and change something before [my abuser] that might prevent this from happening, what would you do? Do you think it would have worked?

Dad: Thinking about it now, I would fight to make something like The Sunflower Project something that happens in every middle school and high school. That would be the only thing that would make a difference.

A lot of people have heard alarming statistics about how likely it is for a woman to be raped in her lifetime, but what’s more upsetting and surprising is that a large portion of those women are raped before they are 18, and a lot of those perpetrators are also under the age of 18.

Me: How did you explain what was happening to your friends? Your relatives? Any surprising responses?

Dad: It was almost impossible for me to describe what was going on without breaking down. The most surprising reactions, which shouldn’t have been surprising but they were, came from Mom’s contacts. Sure enough, one of her best friends wrote back saying, “I had a very similar experience in high school and no one knew about it.” The surprising reaction is how common it is.

Before the final question, I just want to say that my dad is a hero to me. He’s been through an immense amount of pain in his life, and I might never understand what it’s like to be a father going through something like this.

Me: Do you know that you saved my life?

The full version of this originally appeared on Odyssey.