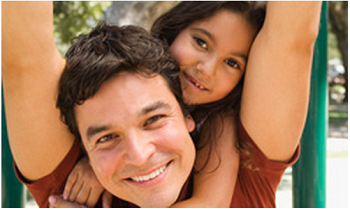 What are ordinary men willing to do to end violence against women and girls?  Futures Without Violence, formerly Family Violence Prevention Fund, has been asking this question for more than a decade.  The good news is that many men are willing to get involved and act as influencers of children, other men and institutions.

Futures Without Violence has created several programs to involve men in preventing violence against women, including Coaching Boys Into Men and the Founding Fathers Campaign. In 2010, we were chosen to be the lead technical assistance provider for the Engaging Men Program, an exciting new federal program. We are partnering with the Office on Violence Against Women, Men Stopping Violence, A CALL TO MEN, and the Texas Association Against Sexual Assault to support 23 projects across the country that create public education campaigns and community organizing to encourage men and boys to work as allies with women and girls to prevent sexual assault, domestic violence, dating violence, and stalking.

This program was created by the Violence Against Women Act of 2005 as part of its new emphasis on prevention and it marks the first time in the history of OVW that a grant program focuses primarily on the critical roles men play in preventing violence against women and girls. The program will support multi-faceted strategies that involve men as allies, upstanders (active positive bystanders) and influencers of other men and youth.

The program aims to develop new male leaders in the field who are willing to publicly speak and act to oppose violence against women and girls; and create a ripple effect, encouraging men in many more states and communities to get involved.