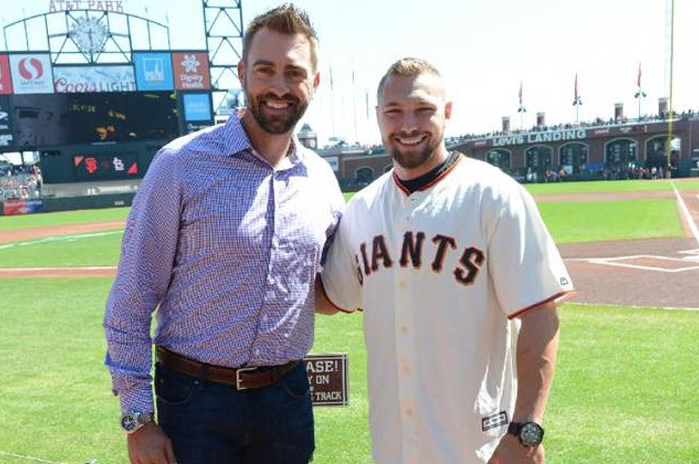 This Friday, September 23, don’t miss the premiere of a compelling new documentary called Audrie and Daisy on Netflix.

To kick-off the upcoming launch, we staged an unconventional but inspiring send-off with the help of the San Francisco Giants this past Sunday.

It was our 19th Annual Strike Out Violence Day at AT&T Park, and this year, the Giants hosted the courageous families of Audrie Pott and Daisy Coleman, the two young women who are featured in the new film about two teenagers from different parts of the county who were sexually assaulted by high school athletes they thought were their friends.

From the pre-game Coaching Boys Into Men workshop for high school coaches featuring Giants’ pitching greats Jeremy Affleldt and Vida Blue—to the emotional remarks of Daisy Coleman’s older brother Charlie, as he talked about his hopes for this film—and Jeremy’s reading of our RESPECT pledge—it was a memorable day for all. 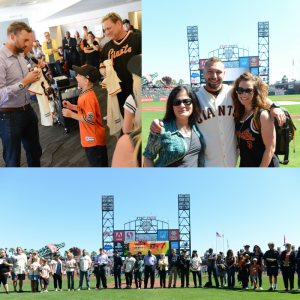 As the stadium filled with fans, we stood on the field with Giants’ CEO Larry Baer, and the Pott and Coleman families, to share a moment of silence in honor of teenager Audrie Pott, who took her own life in the aftermath of video that was circulated by fellow students on social media.

Programs like our own Coaching Boys Into Men, in concert with films like Audrie & Daisy, and partners like the San Francisco Giants, have the potential to improve and save lives—one locker room, one school, and one community at a time.