For a Survivor of Stalking, Words Matter 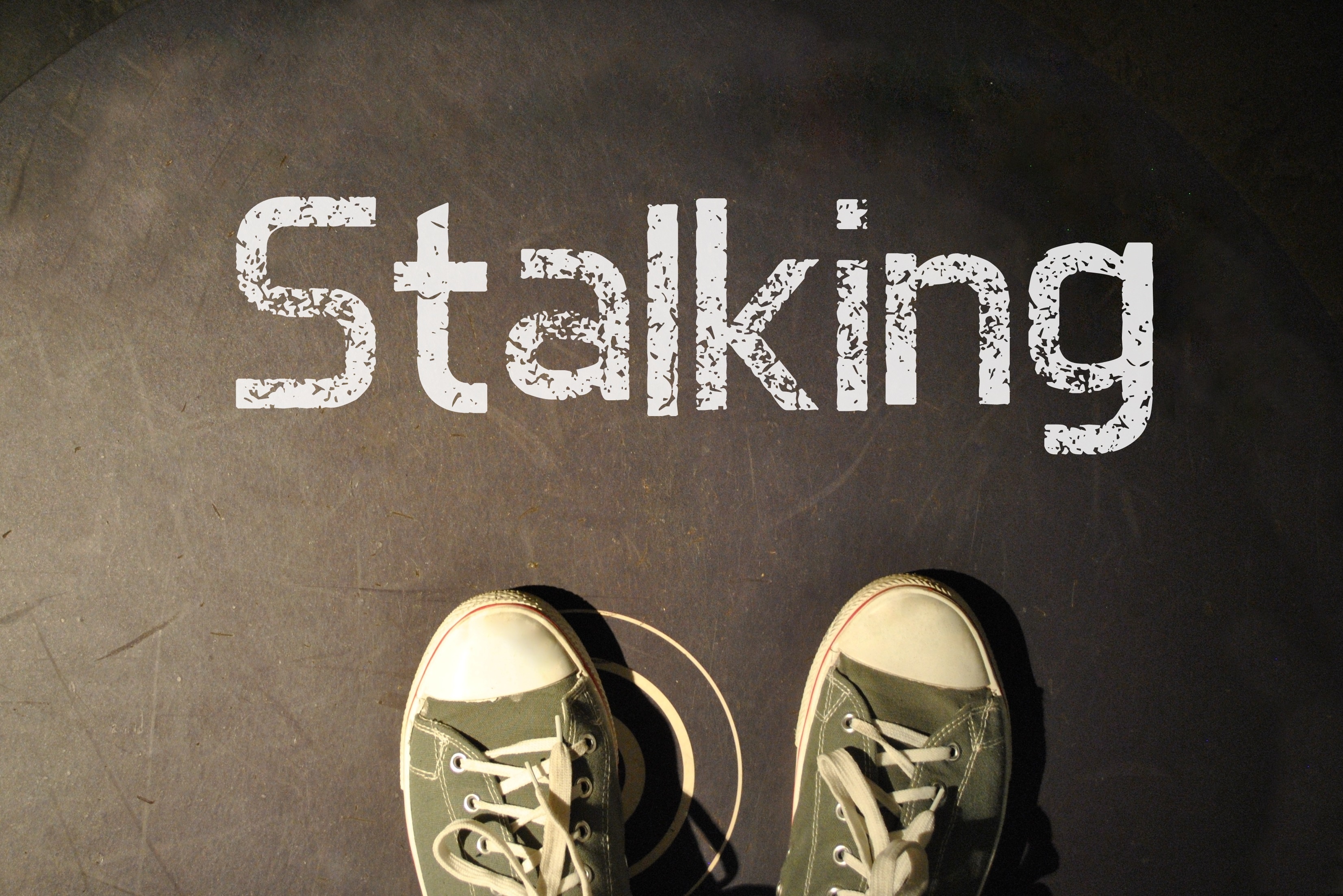 You’ve heard it before. Someone casually mentions that they’re “stalking” someone or something. They doubtlessly intend to say that they’re tracking something benign, like occasionally checking a love interest’s social media profiles or the availability of an item they want on an e-commerce site.

Despite their good intentions, they’re misusing a term defined by the Department of Justice as conduct that “would cause a reasonable person to fear for his or her safety or the safety of others or suffer substantial emotional distress.”

I did not know the hurt of misusing “stalking” until a close friend took a stand. During a group conversation where the term was being misused, he disclosed that he has a stalker and added, preemptively, “yes, a real one.”

We should have honored our friend’s courageous disclosure with respect and empathy. Instead, we laughed. I’m not entirely sure why we didn’t take him seriously, but I suspect it had much to do with the myth that stalkers don’t pursue men.

Failing to take survivors seriously makes it more difficult for them to be open about their experiences, collaboratively plan for their own safety, and access resources and support. Survivors who identify as men are particularly stigmatized due to improper social and cultural norms misassociated with masculinity.

To our friend’s credit, he forced us to take him seriously. Right then and there, he told us of how he survives stalking every day of his life. We were duly embarrassed and we deserved it. 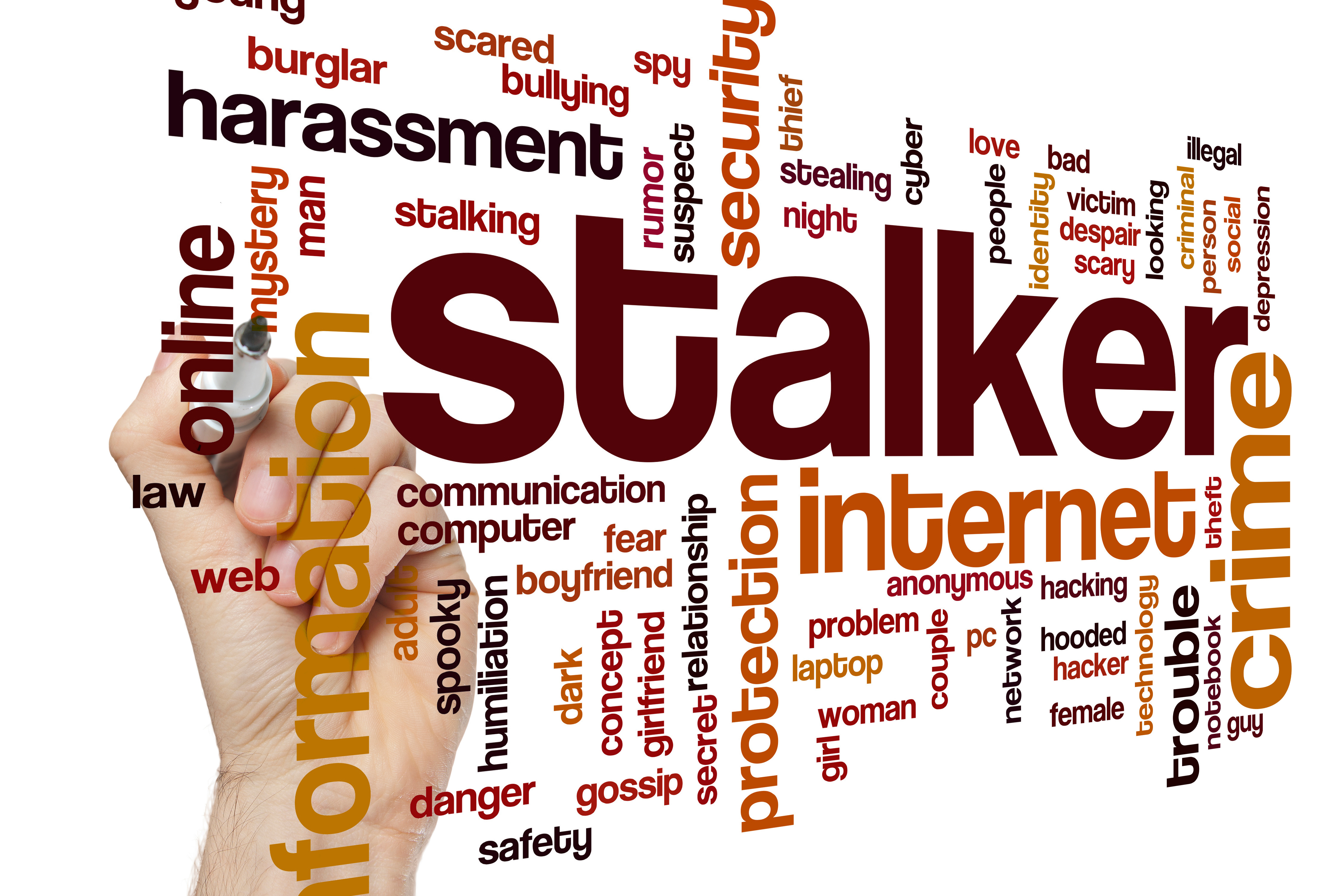 We learned that the stalker forced our friend to live in constant fear for many years, interfered with his family and job, and – shockingly – continued to stalk him despite suffering serious law enforcement consequences. Although the stalker has faded away in recent years, the possibility that they may return looms large.

Since January is National Stalking Awareness Month, I checked in with my friend. I asked what it’s like when people misuse the term.

Stalker“It takes me back into a guarded position,” he said. “But I also feel the pressure to convince them that stalking is real, although telling the whole story can be such a downer.”

I wondered why he would want to tell the whole story.

“For those of us who have been through it, stalking touches every part of our life. At night when a motion detector light goes off, I wonder if it’s the stalker. So does everyone in my house. People need to know that it never really goes away.”

Due to my work with Workplaces Respond to Domestic & Sexual Violence: A National Resource Center, I was particularly interested in how stalking impacts his ability to feel safe at work and earn a living.

“At work, my first thought often goes to the stalker whenever the phone rings, an e-mail is received, or anything else unexpected happens,” he explained. “It’s all-consuming. I found myself in fight-or-flight’ mode all the time and spending my time thinking of new routes to get around town or scouring public records to remove as much identifying information as possible.”

My friend spoke of the shame, embarrassment, and indignities of reporting it to his supervisor on an ongoing basis in order to protect the entire workplace.

“Security had to escort me. I had to change offices and phone numbers,” he continued. “If all this unwanted attention wasn’t enough, since the stalker contacted my workplace I had to call even more attention to myself by asking coworkers to write statements.”

“Publicize that it’s safe to talk to someone, even if they’re embarrassed,” he suggested. “Understand that they’ve already dealt with it internally for a long time, so using the word freely or as a joke actually makes it harder to get help.”

He added, “I had to do a lot of research on my own, so more people in the workplace need to know in advance what protections are available and what’s going to happen if you try to get help.”

To better inform survivors, coworkers, and employers, Workplaces Respond offers resources on stalking and other forms of gender-based violence affecting the workplace, including a guide on protection orders and a guide for supervisors. The Stalking Prevention, Awareness, and Resource Center (SPARC) also offers excellent resources on addressing stalking and supporting survivors.

I wrapped up our conversation by asking my friend how he feels now that the stalking seems to have subsided.

“At some point I got numb to it,” he responded. “But that’s because it wore me down. I’m still very much worried.”

My friend’s numbness comes from trauma and exhaustion. My former numbness was due to lack of awareness and the influence of outdated social norms. I had no idea that I was only one degree of separation from a survivor of stalking, yet the data demonstrates this; according to the National Intimate Partner and Sexual Violence Survey, 16% of women and 5% of men have experienced stalking in their lifetime. These statistics are stark and shocking for many racial and ethnic minorities: one-third of American Indian/Alaska Native women and one-fourth of multiracial women report that they have experienced stalking at some point in their lives.

You too are likely one degree of separation from a survivor of stalking and none of us are immune from being targeted ourselves. Survivors need us to be more aware and help remove the stigma so they are not deterred from getting help. But we must first take the term “stalking” as seriously as its threat.