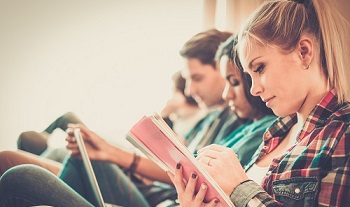 Over the weekend, an op-ed written by a survivor of sexual violence at the University of Virginia was published in the Sunday Times. The author’s gut-wrenching account of the abuse nearly two decades ago—and her mistreatment by the university that followed—echoes a far too familiar story we’re hearing from survivors across the nation.

The author notes that while many people believe that university sexual assault hearings are deeply flawed, and that these cases should be handled by the criminal court system, she disagrees. And so do I.

Schools should be responding to reports of violence. In doing so, they should focus on putting victim-focused supports, proceedings, and sanctions in place that promote student safety and help victims of sexual violence heal and succeed.

As both a Campus Fellow for FUTURES and the Campus Outreach Coordinator for a sexual assault program in Iowa, I interact with staff and faculty for ten small private colleges and two community colleges. Because of changes in Federal requirements, all of these schools have been improving their response to sexual assault, harassment, stalking, and intimate partner violence

It is helpful to start by looking at the purpose behind the mandated school response. Title IX generally says that everyone should be able to go to school and not experience sex-based discrimination, including sexual assault, stalking, and dating violence. Title IX acknowledges that academic success requires students to be safe. While the courts must focus on justice, victim safety and academic success are the standard for schools to live by.

Many people believe the campus misconduct system should be modeled after the criminal justice system. This system offers sound due process rights and highly trained professionals. But it is not a perfect system. The Rape, Abuse, and Incest National Network compiled data from the FBI and the Department of Justice to report that out of 100 rape cases only seven resulted in arrests and two ended in convictions. In addition, punishment within the criminal justice system is not always designed to increase safety. The criminal justice system is not holding the majority of perpetrators accountable nor is it helping a large percentage of victims to regain safety.

Colleges will miss the target if they attempt to model or align themselves too much after the criminal justice system.

I often hear administrators worry about having a negative impact on students found responsible for violating the school’s sexual misconduct code. The problem with this view is administrators have lost sight of how much victims are impacted. Retention rates, GPAs, participation in activities, and the student’s mental health and wellbeing all depend on regaining safety. Considering that victim safety is often on the opposite side of sanctions, appropriately tough sanctions are vital.

When I hear schools worry about the impact sanctions have on respondents, there is an underlying fear that their lives will be ruined. But schools must remember the bigger picture. If expelled there are other schools to transfer into. If suspended graduation just moved back six months. Schools should be more concerned about sanctions that are too weak to address victim safety and too lenient to teach respondents accountability.

As a victim advocate, I see that when schools demonstrate a commitment to students’ safety, they send a very powerful message: you are worth it. That is a message that helps victims heal from trauma and succeed academically.