How Being a Father Against Violence Makes You a #TrueDude 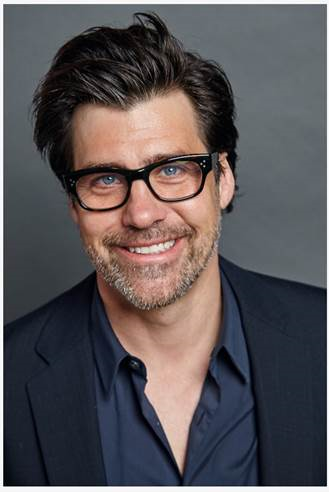 Sixteen years ago, I stepped into a role that I never imagined would be so powerful and rewarding – becoming a dad. Three children later, I can honestly say it is the most difficult job I’ve ever had. But I wouldn’t give it up for the world.

Recently, the horrendous news of the young Stanford student whose “20 minutes of action” with an unconscious young woman enraged the nation, was slapped on the hand with a punishment that did not fit the crime. As a dad of a teenage daughter as well as two teenage sons, it particularly struck a chord inside of me. The behavior of this young man was beyond inexcusable but equally disturbing in my eyes was the behavior of his father.   Upon learning of this horrific event, I spoke to my sixteen year old son to make sure he knew that the sexual assault, and the student’s reluctance to take responsibility, was absolutely unacceptable.  I hope parents all over the country are having the same conversation with their teens.

Being a parent is not an easy job. But we have a responsibility to guide our children and teach them how to make good decisions.

The following advice from FUTURES WITHOUT VIOLENCE is a guideline for Fathers (and Mothers) to use when addressing the topic of violence in relationships today. I encourage you to have this candid conversation with your children.

Prepare your children to respond to real and active threats in Middle and High School. Unfortunately, approximately one in three adolescent girls in the United States is a victim of physical, emotional or verbal abuse from a dating partner. Dating violence victimizes both genders, so modeling healthy relationships, educates kids on what they should expect from a partner.   Fathers can play a crucial role in educating their sons to respect women’s choices. The Teach Early Playbook features Top Ten Tips for having those critical conversations.

Teach your children that their gender does not equate to their value or potential. Disparities between children based on gender arise at an extremely young age, with girls disproportionately showing less interest in contact sports or STEM (science, technology, engineering, and math) fields, and boys growing to exhibit more aggression. Our new partnership with True Dude is all about challenging the current perception of masculinity! Take a look at the True Dude Manifesto, an empowering video. Or try the True Dudes Diaper Changing Challenge for a chance to win a year-long supply of Pampers!

Model for your sons how to treat women, and show your daughters how they deserve to be treated.  Men who make it clear that violence and harassment are not acceptable can work towards ending both. FUTURES’ Coaching Boys into Men program provides athletic coaches with the tools to talk to their players about respect for women and healthy relationships.  Learn more about the only sports-based gender-based violence program recommended by the Centers for Disease Controls here:

The title of Dad and Father should not be taken lightly.  It is a title that holds respect, responsibility and honor.  I am passionate about creating a Future Without Violence and am honored to partner with this amazing organization.