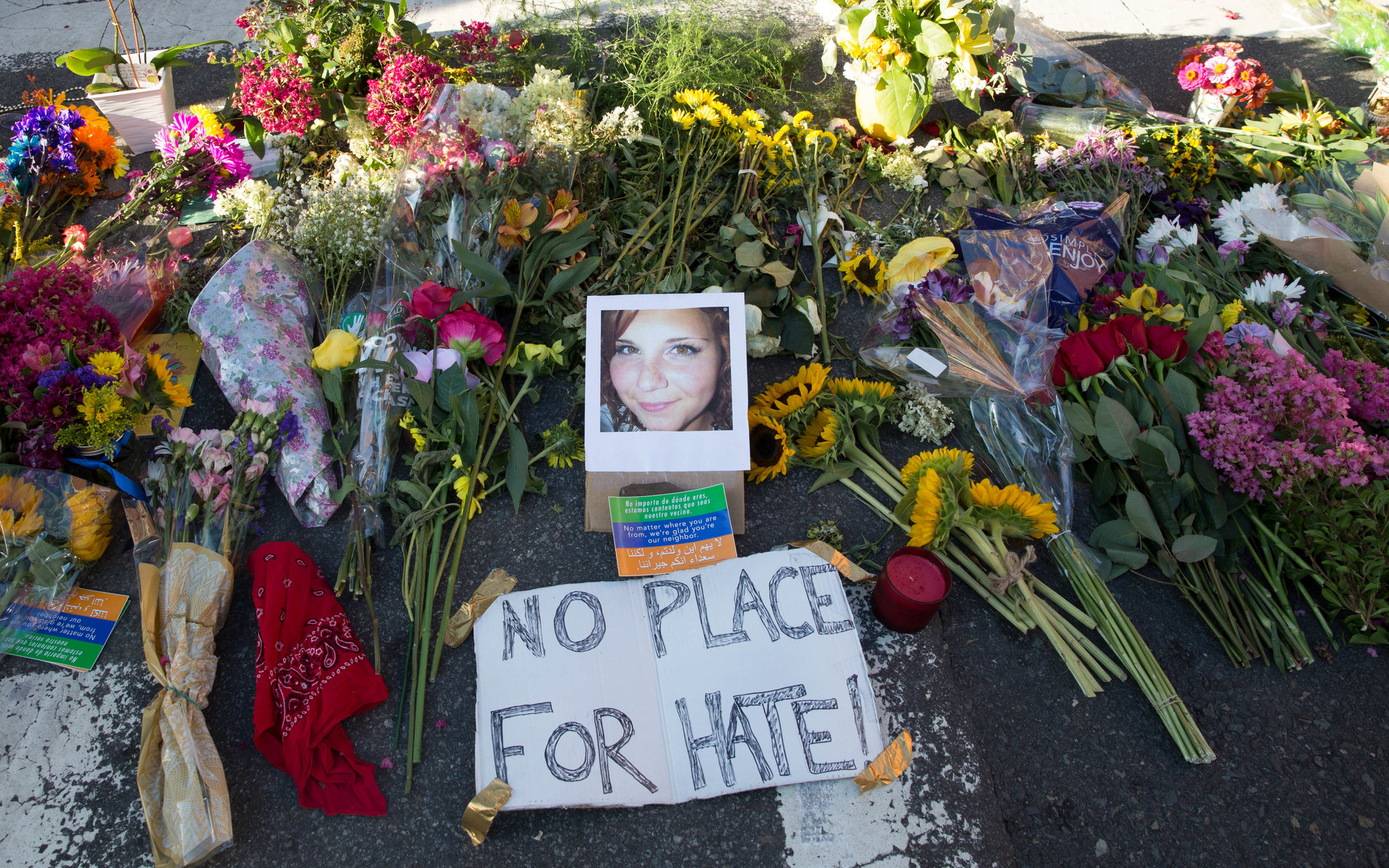 For those of us who pay attention, it was no surprise to learn that James Alex Fields – the white supremacist accused of murdering Heather Heyer and injuring more than a dozen others in Charlottesville this month – had a history of social alienation and family violence.

It’s been reported that he had trouble making friends, was transfixed by Nazis and racist rhetoric, and terrorized and harmed his disabled mother. His grandfather had killed his grandmother and then himself when his mother was age 16. Fields’ own father died when he was an infant. Like so many other men who commit horrific crimes, he had long been telegraphing his affinity for bigotry and hate, his willingness to use threats and violence, and childhood trauma that made him more susceptible to joining violent extremist movements.

He is not alone. Facebook, 4Chan, Reddit and other social media platforms have become accessible forums for bigotry, white supremacy, violence and racism, drawing troubled or traumatized young men into hateful conversations and actions. Research shows that children and teens exposed to violence are at a higher risk of engaging in criminal behavior later in life and becoming part of a cycle of violence throughout their lifetimes.

Fields shares a history of family violence with the man who shot up a Virginia baseball field in June as Members of Congress practiced for a charity game; the gunman who killed and wounded scores of patrons at the Pulse nightclub in Orlando last year; the man who killed and injured people at Planned Parenthood health clinics in Colorado in 2015; and with many, many others who sit in jails across the country today for committing murder or causing grievous injury.

It’s almost become a standard part of the forensics after a mass shooting or act of terrorism occurs that authorities and the media identify warning signs that nobody fully or effectively realized or addressed. At FUTURES, we call it “Day Three.” Often, the third day after a horrific act of violence by a terrorist or mass shooter, law enforcement or the media uncover 911 calls resulting from previous incidents of family violence, or witnesses or victims to the violence. Neighbors, classmates, teachers and clergy reflect on markers they saw but didn’t know how to address. Family members describe the helplessness and horror they felt as a loved one became increasingly hateful and violent.

We all feel terrible, shake our heads, and move on – but then it happens again.

Things won’t change until more of us become the parents, teachers, coaches, neighbors and mentors who recognize the warning signs of a troubled youth who is at risk for violence, and help him or her get help. I invite you to visit Changing Minds, a resource that we created along with the U.S. Department of Justice and the Ad Council to provide information about the science of trauma and its effect on a child’s social development, as well as everyday gestures that can help heal a traumatized child.

I also ask you to speak out about the need for programs for children and families who are suffering and need mental health counseling, and time off from work to care for a troubled child, or support for transitional housing so they can leave an abusive spouse without facing homelessness.

But things won’t change unless the country gets the moral leadership it needs. It was shameful for President Trump to denounce neo-Nazis, the Klan and fascism one day and then call some of those who support those hate groups “good” or “very fine” people the next.

Like so many others, I was sickened by the violence and bigotry and hatefulness that was expressed in Charlottesville, but we must not fool ourselves. That hate is not new, and it will only grow if given social sanction.

We must join together and be the generation that ends this once and for all by channeling our rage and sadness into ensuring our children are cared for and our leaders support our struggling communities.