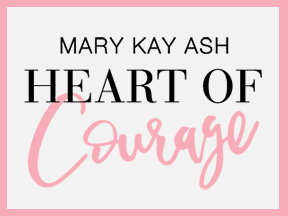 Nominations are open for the inaugural Mary Kay Ash Heart of Courage Awards, hosted by Mary Kay Inc. Futures Without Violence serves on the Steering Committee for the awards.

With the Mary Kay Ash Heart of Courage Awards, the global beauty brand seeks to recognize passionate individuals and organizations working to prevent and end domestic violence and dating abuse across the United States.

DIGITAL CHAMPION: This award is for an organization, program or individual that is creatively using a website, social media platform, video or other digital medium in unexpected or compelling ways to effectively prevent or address domestic violence and/or dating abuse.

LEADER IN PREVENTION: This award is for an organization, program or individual that is doing stand-out work in preventing domestic violence and/or dating abuse. The nominee is actively working to prevent domestic violence and/or dating abuse before it happens, as well as promoting healthy relationship behaviors in compelling and innovative ways. The nominee may also ground their message or work in evidence that demonstrates the most effective ways to prevent violence.

PEOPLE’S CHOICE: VOICE OF THE YEAR: This award is for an individual who is truly inspirational and has moved their audience to stand up against domestic violence and/or dating abuse, sometimes for the first time.

TRAILBLAZER: The Steering Committee will select a leader from any sector (including but not limited to nonprofit, government, corporate, etc.) who is blazing a trail to prevent or end domestic violence and/or dating abuse. This individual may be a longstanding champion or an emerging leader who has demonstrated transformational impact.

Nominations will be accepted through 11:59 p.m. local time on Friday, Aug. 11. Winners in each category will receive an all-expenses-paid trip to the awards ceremony during Domestic Violence Awareness Month (October 2017) in Washington, D.C., as well as a $1.000 grant for the domestic violence organization of their choice.

To learn more about the Mary Kay Ash Heart of Courage awards, visit the nomination website.