An Open Letter to My Abusive Ex-Boyfriend 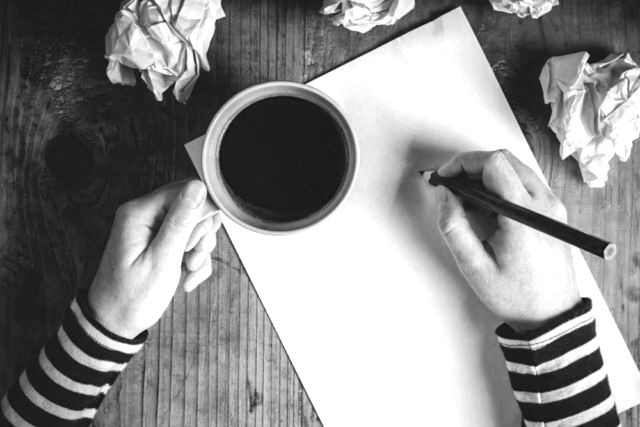 I haven’t seen you since the day you and I showed up to court. You sat at the defendant’s table, with your lawyer next to you. The district attorney sat alone at the adjacent table, and all three of you stared at the old white judge who decided your fate. Your parents sat at the back of the small room, their backs against the walls, their eyes fixed on me.

Then I testified, sitting not even five feet away from you. You wouldn’t look at me. Your lawyer wouldn’t stop asking me questions that had nothing to do with anything. My hands wouldn’t stop shaking.

And then weeks later the judge gave you your sentence. And months later you went away. And now, years later, I hate your guts.

But, somewhere along the way, I think I forgave you.

It’s a thought that would bounce around in my head from time to time. I would entertain the thought for a hot second and then become disgusted that I would ever find forgiving you the least bit attractive. “It’s not right,” I thought. You don’t deserve to be forgiven.

But at some point, I realized the power of forgiveness. Forgiving somebody doesn’t really do much for the person who is getting forgiven, but it can work wonders for the person doing the actual act of forgiving.

Then I go back to thinking, You don’t deserve anything. Not from me at least.

You no longer control any part of me, and you no longer have a piece of me. I have let go of your control by forgiving you. Finally, only I control me. And it feels amazing. Forgiving you is proof that I have the power now, and you’re never getting it back.

I will forgive but I will not forget. And I hope you never forget me, either. The day you forget me is the day you repeat what you did to another innocent woman. And that’s a day I never want to see. Don’t forget what I said when I testified against you. Don’t forget the feeling you had when you found out you were sentenced. Don’t forget any of it, because I never will.

I hope me forgiving you will show you that even what we think is impossible can happen. Maybe you think it’s impossible for you to change the way you are, but it has become clear to me that we never know our own capabilities until we push our boundaries farther than ever before. I never in a million years would have guessed that I could forgive you. I would never have thought that was possible. I would have sworn to you that forgiveness would never come.