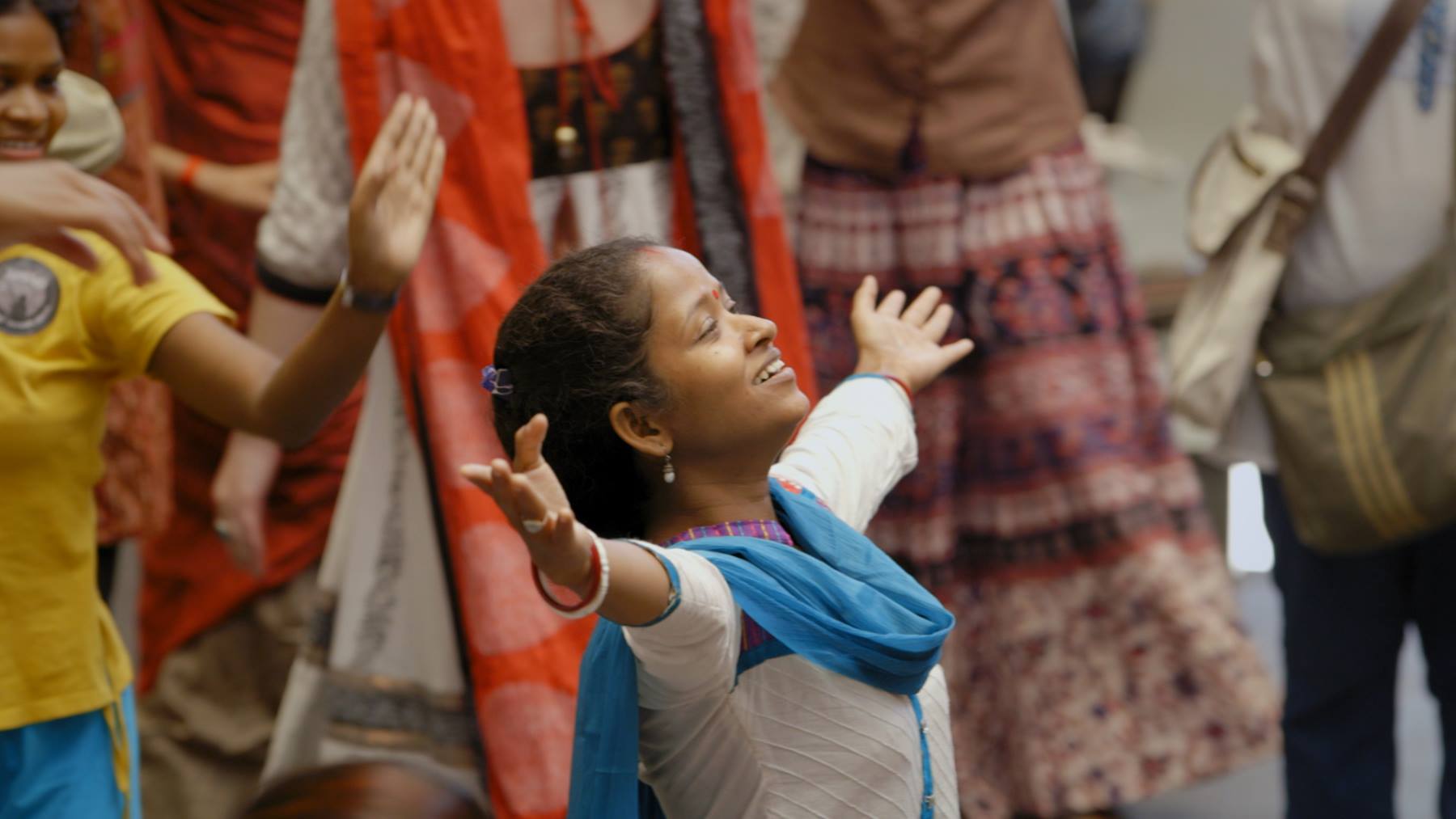 Today is the United Nation’s International Day of the Girl Child. In honor of this occasion, I’d like to tell you about the work of a courageous and inspiring woman: Sohini Chakraborty. Sohini lives in Kolkata, India, where she has pioneered a form of dance therapy to heal child survivors of sex trafficking, domestic abuse, and labor exploitation.

I first met her over Skype in 2013, during early research for my new documentary, “Little Stones.” Having danced since I was a young girl, Sohini’s story, in particular, resonated with me. She explained that “in sex trafficking, someone else is controlling the body.” The idea that dance could teach young girls and women how to regain control—and love—of their bodies inspired me. So, six months after that first Skype call, I flew to India with cinematographer Meena Singh to meet Sohini and to begin filming “Little Stones.”

Sohini has trained many young survivors to become professional dancers and dance therapists themselves. These women are part of Sohini’s NGO, Kolkata Sanved. They visit shelter homes to provide dance therapy to girls, typically aged 10-14 years old, who have recently been rescued.

Meena and I met a few of these trainees at a rehearsal, where they were busy preparing for a performance celebrating Kolkata Sanved’s 10th anniversary. Our eyes and cameras were immediately drawn to a young woman named Mehraj Khatoon. Mehraj is one of those natural-born dancers. Her joy and love of dance are written all over her face and in her movements. Beyond that, you could tell the other girls looked up to her. I wanted to know her story.

When Mehraj was very young, she was forced to drop out of school to care for her ailing mother. She started working in her neighborhood’s leather-cutting business, where she would earn just 25 rupees (40¢) for cutting 1,000 pieces of leather.

One day, a friend told her about an anti-trafficking organization called Apne Aap Women Worldwide, where she could go back to school to learn a vocational skill. This is where Mehraj first met Sohini. It’s where her journey as a dancer began.

Mehraj comes from a conservative Muslim community in Kolkata, where it is considered extremely taboo for girls to dance. When Mehraj began the Kolkata Sanved training program, she was beaten by her brother. Her mother said, “You will dance? You will swivel your hips? No. There will be no dancing.” Her neighbors called her “naachnewali” (dancing girl). In other words: cheap, easy, a prostitute. Nevertheless, Mehraj persisted.

It’s now been ten years since Mehraj graduated from Kolkata Sanved. The transformation has been remarkable. She began to earn a living wage and support her family; she has performed with Sohini in London and Nepal, and she has helped dozens of young girls with stories like her own.

Meena and I spoke with Mehraj about how Sohini and Kolkata Sanved changed her life. She said, “I always used to think that God made me suffer all the time. I always had this worry. But no. There are many people in the world who are far worse off than me. I take classes with them. They have so much pain. I feel that now. And I love this work because it has helped me to find myself, to know myself.”

I am happy to report that Mehraj is now pursuing her dream of becoming a professional dancer. Thanks to a scholarship from the Darpana Performing Arts Academy at Ahmedabad, she has joined the company of India’s renowned dancer-choreographer Dr. Mallika Sarabhai.