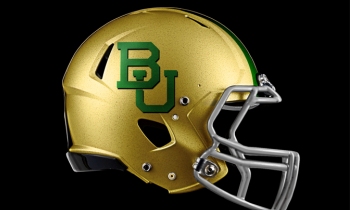 What’s wrong with this ESPN headline?

In this case, a courageous victim did everything she could. She reported the assault to the police, requested a rape kit, and officially filed a complaint with the university. But it took the court’s conviction last week to motivate Baylor President Ken Starr’s call for a, “comprehensive internal inquiry.”  Clearly, that request is too little and too late.

You may be wondering what Baylor’s own investigation had discovered.  According to detailed reporting in the current Texas Monthly, their limited internal inquiry involved interviews with Ukwuachu, his accuser, and one friend of each. It resulted in no action to discipline (or remove) Ukuachu.

No one at Baylor requested the victim’s rape kit. And no one requested records or information from Boise State, where there was clear evidence of violence against a former girlfriend. After the assault, the victim was diagnosed by a school psychologist with PTSD, and she tried to avoid the athlete on campus, but the school didn’t move him out of classes the two shared. Instead, she had to adjust her schedule.

Although Ukwuachu is hardly the first college athlete in America to be charged with rape or sexual assault, there are relatively few cases that have gone to court in the past few years, despite the growing number of sexual assaults on campuses all over the country.

Because athletic departments often use their considerable financial and social influence to derail legal actions outside the university?

But it’s even more likely to be that the victim chooses to avoid a public trial that often results  in a kind of “second rape”—a process that is punishing and personally invasive.

Today, the press has put their focus on the head football coaches at Baylor and Boise State, who are contradicting each other about who knew what about Ukwuachu’s history of violence.

But let’s consider the notion that nothing will change in college and professional athletics until players are evaluated as much for their character as their capacity to pass and block. And in the meantime, our heartfelt good wishes to the brave young woman who persevered.