Addressing Gender-Based Violence Through the Lens of Intersectionality 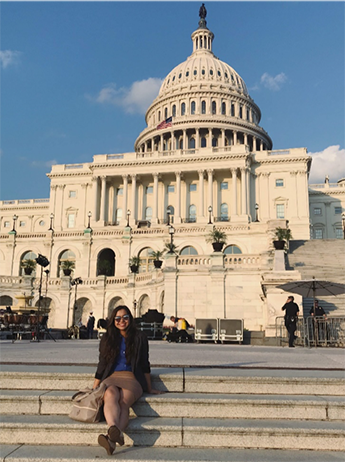 When I first looked at the Futures Without Violence website, I was fascinated by all the different areas in which this organization was involved. Often, the broad concept of gender-based violence (GBV) is reduced to just a few things that make media headlines, while many other aspects of this issue are overlooked. My internship at FUTURES in Washington, DC this summer has not only taught me to combat this oversimplification of what constitutes GBV, but further delve into the many insidious ways in which it can take form. As someone who identifies as a Bengali, Asian American, Muslim, first generation, low income, immigrant, woman of color; intersectionality has always naturally been a key component of my vision of the world. Through this internship experience, I learned the importance of looking at GBV through an intersectional lens that recognizes the diversity within this massive category of violence.
–

In addition to regularly attending relevant briefings and hearings on Capitol Hill, some of the projects I worked on at FUTURES this summer included attending conferences regarding reducing sexual harassment in the workplace, researching ways to better aid survivors of human trafficking entering the workforce, advocating for survivors of domestic violence seeking asylum in the U.S., and finding programs that assist survivors of elder financial exploitation and abuse. In each one of these projects, I learned to take an intersectional approach. For example, sexual harassment in the workplace is an enormous issue anywhere; but when we look specifically at high-risk low-wage industries such as the restaurant, service, commercial cleaning, janitorial services, hospitality, and agriculture industries, etc., the risk is exponentially higher. 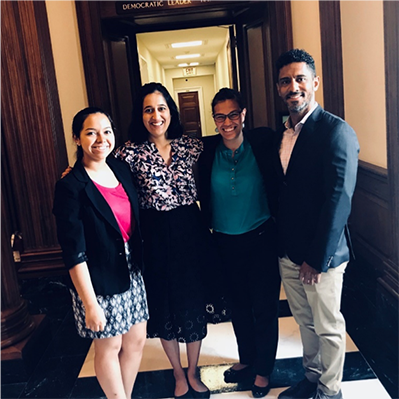 Women in these industries are also much less likely to report incidents of harassment or have resources readily available for them. This is particularly relevant given that women – especially women of color – are significantly overrepresented in these industries. For instance, even though women make up less than half of the overall workforce, they make up two-thirds of the low-wage workforce. Moreover, African American women’s share of the low-wage workforce is double their share of the overall workforce. Another clear illustration of this can be seen with domestic violence. While domestic violence is an enormous problem for many women, further disaggregated data indicates that immigrant women are at much higher risk than U.S. citizens, due to institutional barriers such as limited English proficiency, fear of deportation, and a biased legal system, which make it nearly impossible for immigrant women to access resources to achieve safety or justice. These are just some of the many ways in which intersectionality play a pivotal role in gender-based violence. Without taking into account these missing pieces, it is impossible to cater the resources at the Workplaces Respond to Domestic and Sexual Violence: A National Resource Center and beyond to directly impact the root causes of the issue. Thus, a truly effective survivor-centered method of combating GBV requires an intersectional lens.

Interning in DC this summer has been an incredible privilege. Despite being engaged with politics and policy-making since I was young, physically being in the nation’s capital made a huge difference in seeing change happen first-hand. Whether it was standing outside the Supreme Court with signs within minutes of the “Muslim Ban” decision, or attending a press conference with notable representatives from Congress celebrating the introduction of a reauthorization of VAWA (the Violence Against Women Act), I was right there. I wouldn’t have had the chance to witness any of this had it not been for my internship with FUTURES. I leave DC with a further solidified understanding of intersectionality and how advocacy and organizing efforts need to be interconnected and inclusive. I am beyond thankful for this experience, and I know that everything I’ve learned this summer will strengthen my future work in policy, advocacy, and civic engagement.