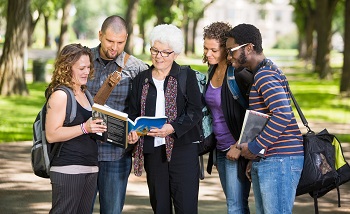 For the first time, the U.S. government has specifically advised schools, colleges and universities that it is their responsibility to protect students from sexual violence. At an April 4 event at the University of New Hampshire, Vice President Joseph Biden and Secretary of Education Arne Duncan introduced a comprehensive new guidance  designed to help schools better understand their obligations to prevent and respond to sexual assaults on campus.

“Today we are strengthening our response to sexual assault in schools and on college campuses,” Biden said in remarks at the event. “Students across the country deserve the safest possible environment in which to learn. That’s why we’re taking new steps to help our nation’s schools, universities and colleges end the cycle of sexual violence on campus.”

The 19-page guidance specifies that any school, college or university receiving federal funds under Title IX has a legal obligation to respond promptly and effectively to sexual violence.  The document explains that under Title IX – the federal civil rights law that prohibits discrimination on the basis of sex in education programs and activities – acts of sexual violence such as rape, sexual assault, sexual battery and sexual coercion are considered discrimination.

According to the new guidance, once a school knows or reasonably should know of possible sexual violence, it must take immediate and appropriate action to investigate or otherwise determine what occurred. Schools are required to try to prevent the recurrence of sexual violence and address its effects, whether or not the violent acts are the subject of a criminal investigation. In addition, the document specifies that schools must protect those who lodge complaints of sexual violence and provide procedures that ensure that both parties in sexual discrimination and violence complaints have equal opportunity to present witnesses and evidence, equal rights to file appeals and notifies both parties of the outcome.

“Schools must provide an environment where all students have an equal opportunity to learn,” said Assistant Secretary for Civil Rights Russlynn Ali.  “Schools are often in the best position to prevent sexual violence and to respond to it promptly and effectively if it occurs.  The Department’s Office for Civil Rights is already working with schools to help them in their fight against the harmful effects of sexual violence by providing technical assistance and seeking remedies designed to stop such conduct, prevent its recurrence, and remediate its impact.”

Biden has been a tireless champion of violence prevention throughout his career. As a senator he was an author of the Violence Against Women Act (VAWA) of 1994, groundbreaking legislation that redefined the way domestic violence is handled in law enforcement, directed improvements in the criminal justice system and established shelters and services for victims.  VAWA has been reauthorized twice, most recently in 2005, and now it supports sexual assault and stalking services and prevention, and programs serving tribal and underserved communities, children exposed to violence, and more. As vice president, he has continued and expanded this work.

“Vice President Biden has been a leader in the work to stop violence against women for decades,” said Family Violence Prevention Fund President Esta Soler.  “We commend the Administration for its commitment to making schools and campuses safer and promoting policies to prevent sexual violence against women of all ages.  Including sexual assault as a form of discrimination under Title IX is a critical step to ensure that schools, colleges and universities take sexual assault seriously and do everything they can to make their campuses safe for students.  We hope that this guidance will encourage schools to recognize that sexual violence can also occur in dating relationships, and campuses need to respond effectively to those incidents as well as to stranger rape.”

In the United States, young women aged 16 to 24 experience the highest rates of rape and sexual assault. One in five young women will be a victim of sexual assault during college, the Administration said in releasing the guidance. It provides practical examples and enforcement strategies to aid educators in ensuring the safety of their students.

“Every school would like to believe it is immune from sexual violence but the facts suggest otherwise,” said Secretary of Education Arne Duncan. “Our first goal is prevention through education.  Information is always the best way to combat sexual violence.  Our larger goal is to raise awareness to an issue that should have no place in society and especially in our schools.” 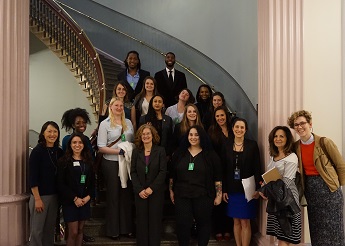