8 Ways You Can Coach Boys into Men 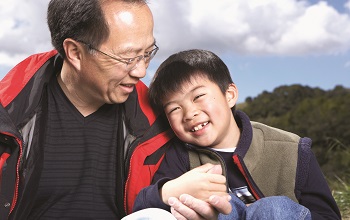 Teach Early. It’s never too soon to talk to a child about violence. Let him know how you think he should express his anger and frustration – and what is out of bounds. Talk with him about what it means to be fair, share and treat others with respect.

Be there. If it comes down to one thing you can do, this is it. Just being with boys is crucial. The time doesn’t have to be spent in activities. Boys will probably not say this directly — but they want a male presence around them, even if few words are exchanged.

Tell Him How. Teach him ways to express his anger without using violence. When he gets mad, tell him he can walk it out, talk it out, or take a time out. Let him know he can always come to you if he feels like things are getting out of hand. Try to give him examples of what you might say or do in situations that could turn violent.

Bring it up. A kid will never approach you and ask for guidance on how to treat women. But that doesn’t mean he doesn’t need it. Try watching TV with him or listening to his music. If you see or hear things that depict violence against women, tell him what you think about it. Never hesitate to let him know you don’t approve of sports figures that demean women, or jokes, video games and song lyrics that do the same. And when it comes time for dating, be sure he knows that treating girls with respect is important.

Be a Role Model. Fathers, coaches and any man who spends time with boys or teens will have the greatest impact when they “walk the walk.” They will learn what respect means by observing how you treat other people. So make respect a permanent way of dealing with people – when you’re driving in traffic, talking with customer service reps, in restaurants with waiters, and with your family around the dinner table. He’s watching what you say and do and takes his cues from you, both good and bad. Be aware of how you express your anger. Let him know how you define a healthy relationship and always treat women and girls in a way that your son can admire.

Teach Often. Your job isn’t done once you get the first talk out of the way. Help him work through problems in relationships as they arise. Let him know he can come back and talk to you again anytime. Use every opportunity to reinforce the message that violence has no place in a relationship.