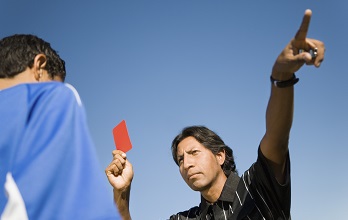 FUTURES has taken the nationwide success of Coaching Boys Into Men and expanded it into the international space, hosting trainings, supporting program adaptations, and partnering with international organizations to expand the reach of CBIM across the globe.

In 2006, FUTURES partnered with UNICEF, FIFA (Fèdèration Internationale de Football Associacion), Nike, and The International Center for Research on Women (ICRW), among others, to develop CBIM program adaptations, and implement and evaluate CBIM in various communities around the world. Over the years, CBIM has reached countries including Australia, South Africa, Angola, Brazil, Ivory Coast, Japan, Mexico, Norway, and Trinidad.

Coaching Boys Into Men in association with Athletes As Leaders has been noted in the World Health Organization’s INSPIRE Handbook: Seven Strategies for Ending Violence Against Children as a promising approach that changes adherence to restrictive and harmful gender and social norms.

Our specific work with global partners to date includes:

Most recently in 2017, FUTURES supported an implementation in Australia and New Zealand, training local advocates on how to host Coaches’ Clinics for sports coaches in the region. FUTURES continues to provide technical assistance and program materials for the continued expansion of CBIM.

Futures Without Violence teamed up with UNICEF to develop and distribute a new International Coaching Boys Into Men Guide at the 2006 FIFA (Fèdèration Internationale de Football Association) World Cup in Germany. Informed by FUTURES’ highly successful Coaching Boys Into Men Playbook, this International Guide helps coaches find teachable moments during which they can talk to young athletes about their attitudes toward women and girls, promote tolerance, and teach them that violence does not equal strength.

The International Coaching Boys Into Men guide was published in the three languages (English, French, and Spanish). Angola, Brazil, Ivory Coast, Japan, Mexico, Norway, and Trinidad were among the many nations that piloted the new guide with local football coaches in community soccer leagues, and FIFA distributed it to its National Football Associations in more than 200 countries.

In an effort to protect the rights and livelihood of children in South Africa, UNICEF partnered with the South African Department of Education to create a sports program that will reinvigorate ailing life skills curricula, mobilize communities to support and protect their children, and decrease the incidence of substance abuse, teen pregnancy, violence, and HIV/AIDS transmission. Capitalizing on the FIFA Soccer World Cup tournament in 2010, UNICEF used the excitement surrounding the games to launch its Sports for Development Program in South Africa.

Pilot programs using the International Coaches Guide were held in every one of the nine South African provinces. Although the pilot initially aimed to reach 45 schools, it was so well received during inter-school tournaments that a total of 126 schools and 5,000 students gained exposure to the CBIM message.

Funded by the Nike Foundation, Parivartan is by far the most extensive adaptation of CBIM to date. Parivartan is a culturally specific adaptation in Mumbai, India, of the Coaching Boys into Men program to address gender-based violence and gender equity using the sport of cricket to reach men and young boys. Parivartan was implemented in 46 Mumbai area schools and two poor slum communities.

Evaluation and implementation partners included The International Center for Research on Women (ICRW), Apnalaya, the Mumbai Schools Sports Association (MSSA), and Breakthrough who conducted the short-term public education component. Check out the findings from ICRW’s study on the effectiveness of the program. Visit the Parivartan website for access to program materials, evaluation results, and partner information.